“ because I always felt
as if I were blind. “

When we expanded our project radius in Mugu to the communities Seri, Kalai and Rara and their neighboring villages from 2011 onwards, we found that most adults – as in many parts of Mugu – were illiterate. 1202 people over 15 years lived in the mentioned villages and their surroundings. 918 of them could neither read nor write.

In an area where most of the school-age children did not attend school, our main focus was initially on being able to offer a larger number of children a regular school education. To this end, we have so far built four schools in this area and awarded scholarships to 600 children from particularly needy families. We also started several awareness campaigns in the region to make parents aware of the benefits of their children’s education.

700 adults learn the alphabet
In cooperation with the Nepalese Education Authority, we formed 27 groups of 20-35 adults each who could neither read nor write. We selected a total of nine teachers who conducted two-hour literacy classes with the adults every afternoon over a period of three months. In addition to financing the teachers, Back to Life provided the teaching material as well as sufficient writing utensils for the adult pupils, one third of the costs were borne by the Nepalese education authority. The adults showed themselves to be very motivated and after three months had mastered the alphabet and were able to read and write at least rudimentarily. A huge success.

Success is worth the effort
The education authority in Mugu declared the three villages Seri, Kalai and Rara to be literate after the courses and thanked Back to Life for their contribution to the fulfillment of one of the UN Millennium Goals – the fight against illiteracy in Nepal. What may sound natural to a European is an achievement in Mugu and will change everyday life far-reaching. 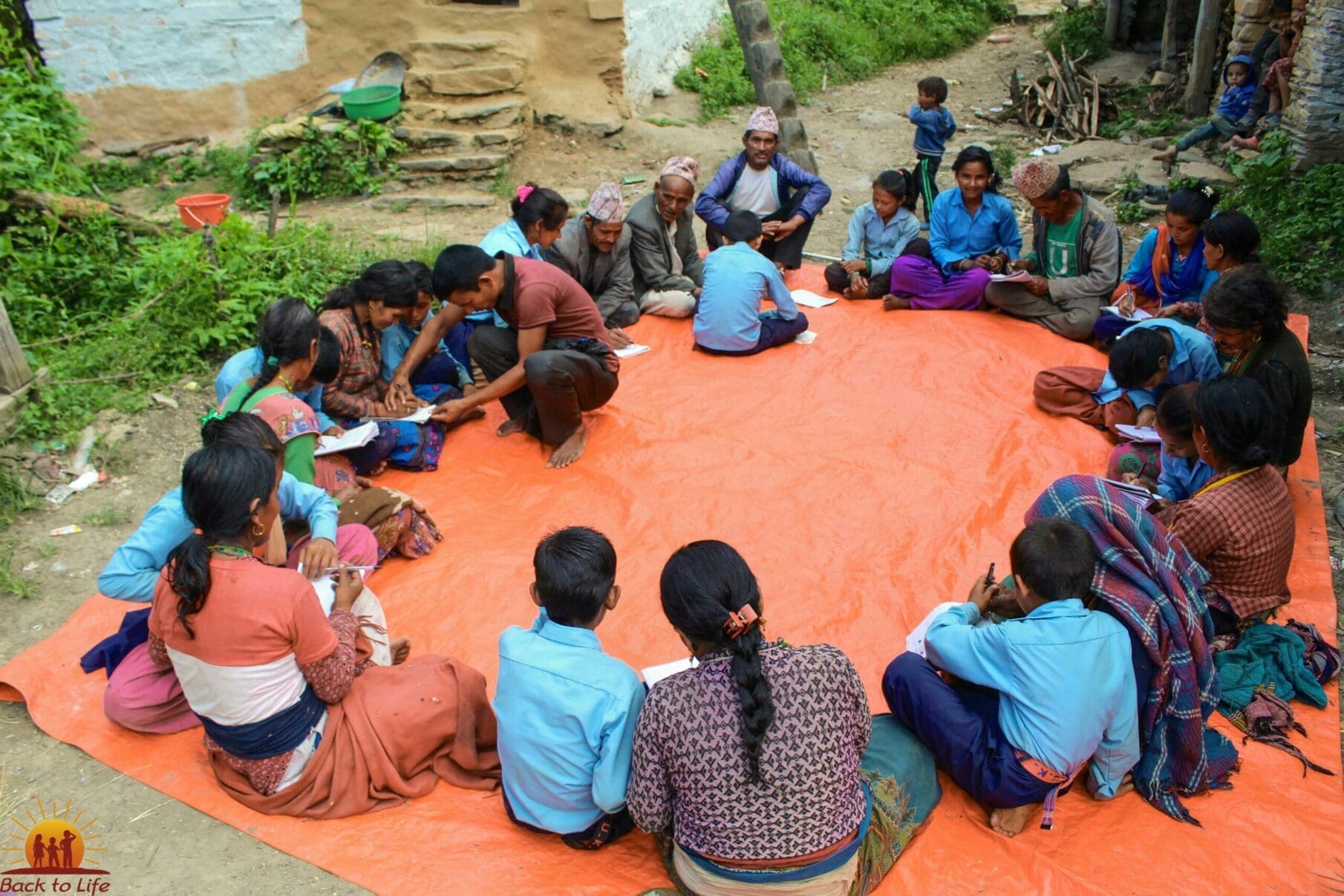 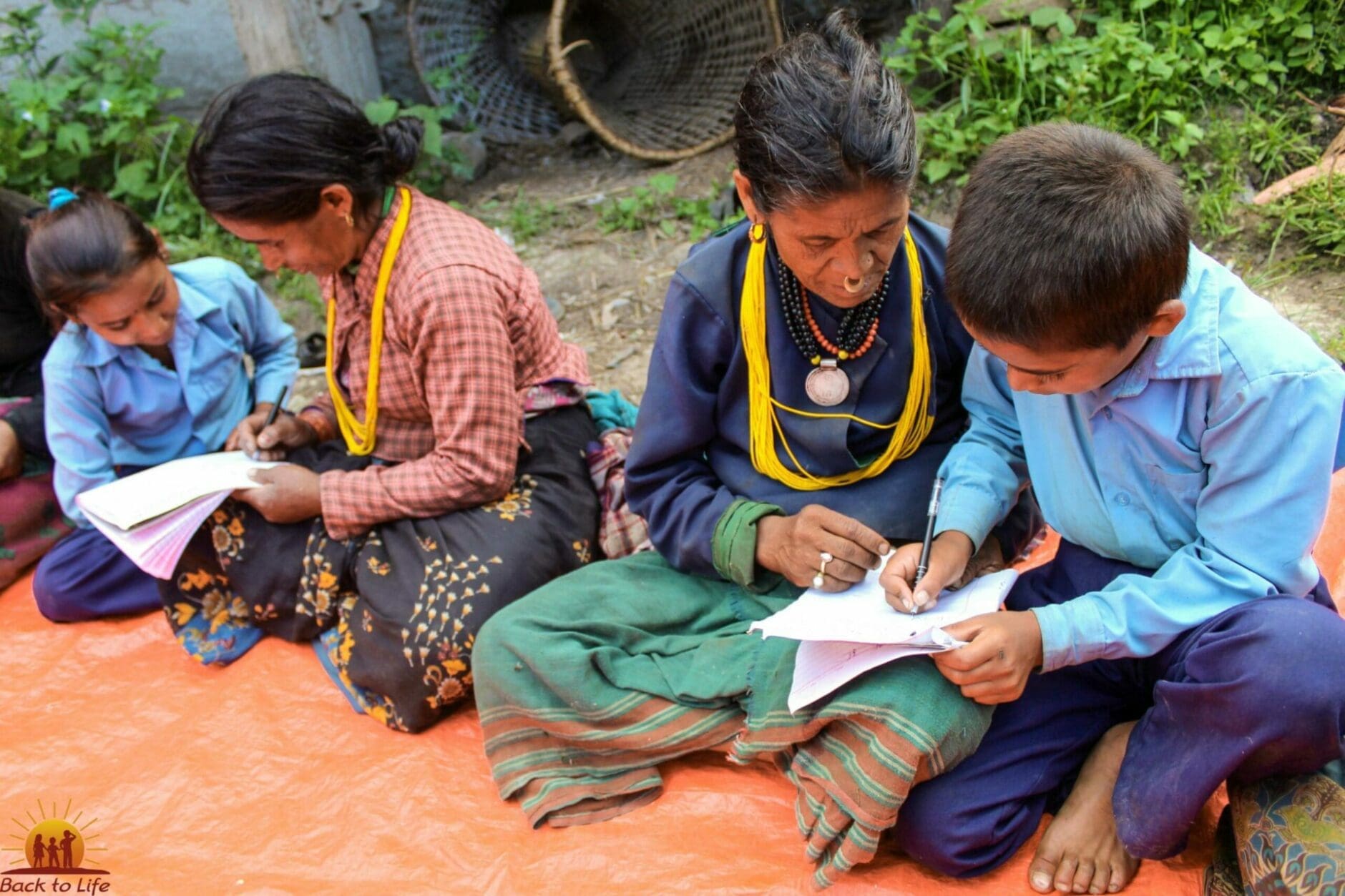 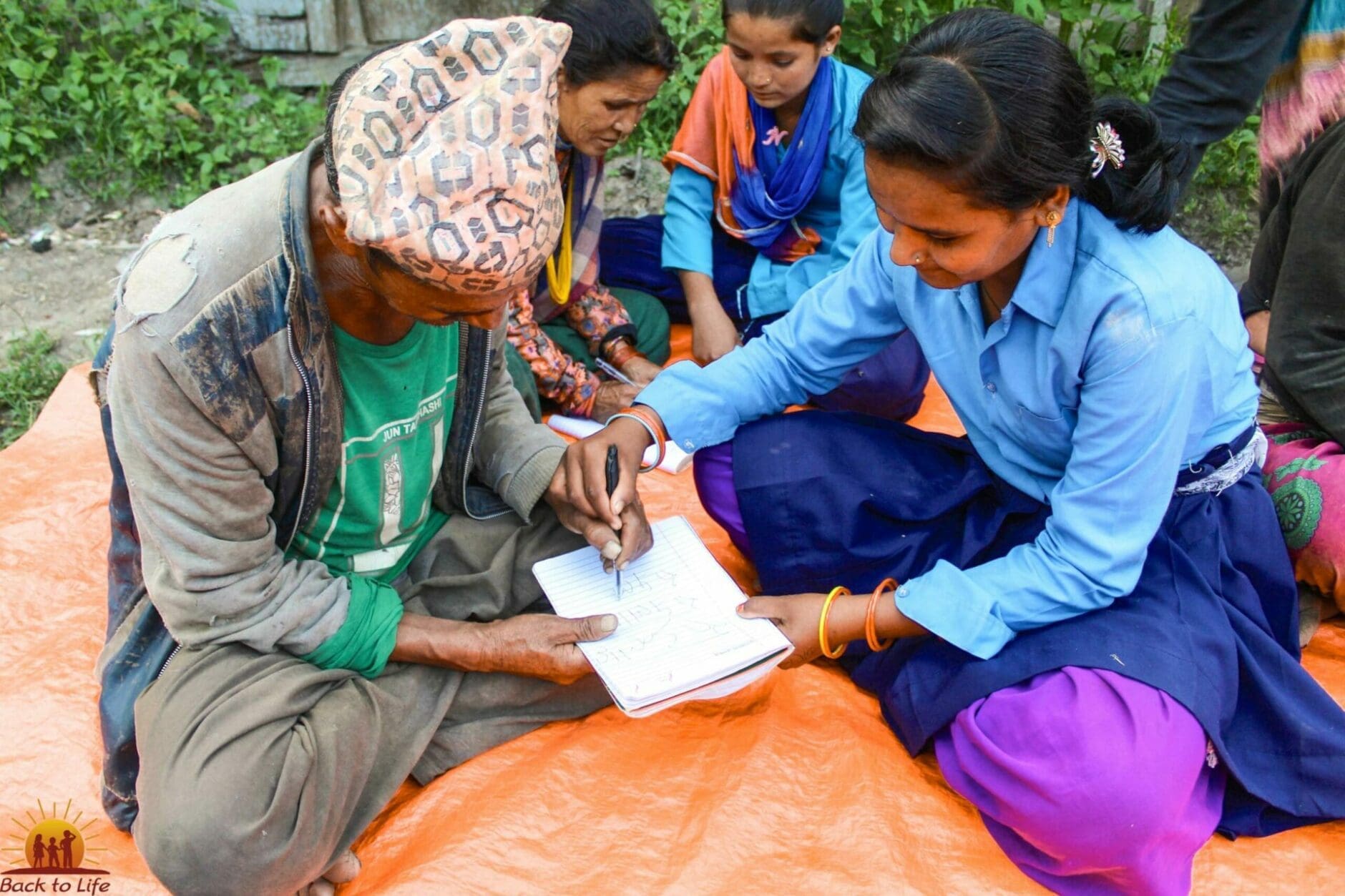 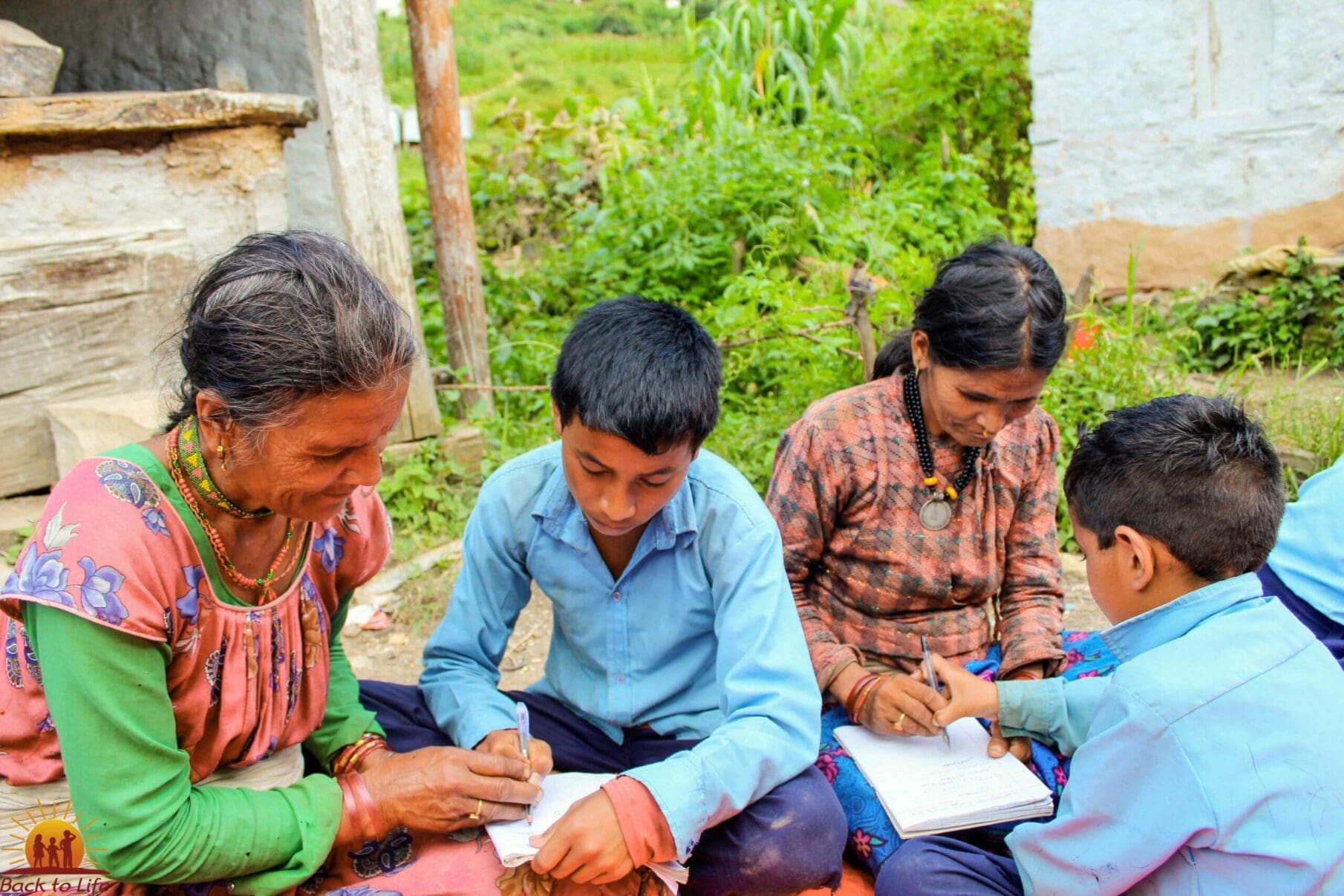 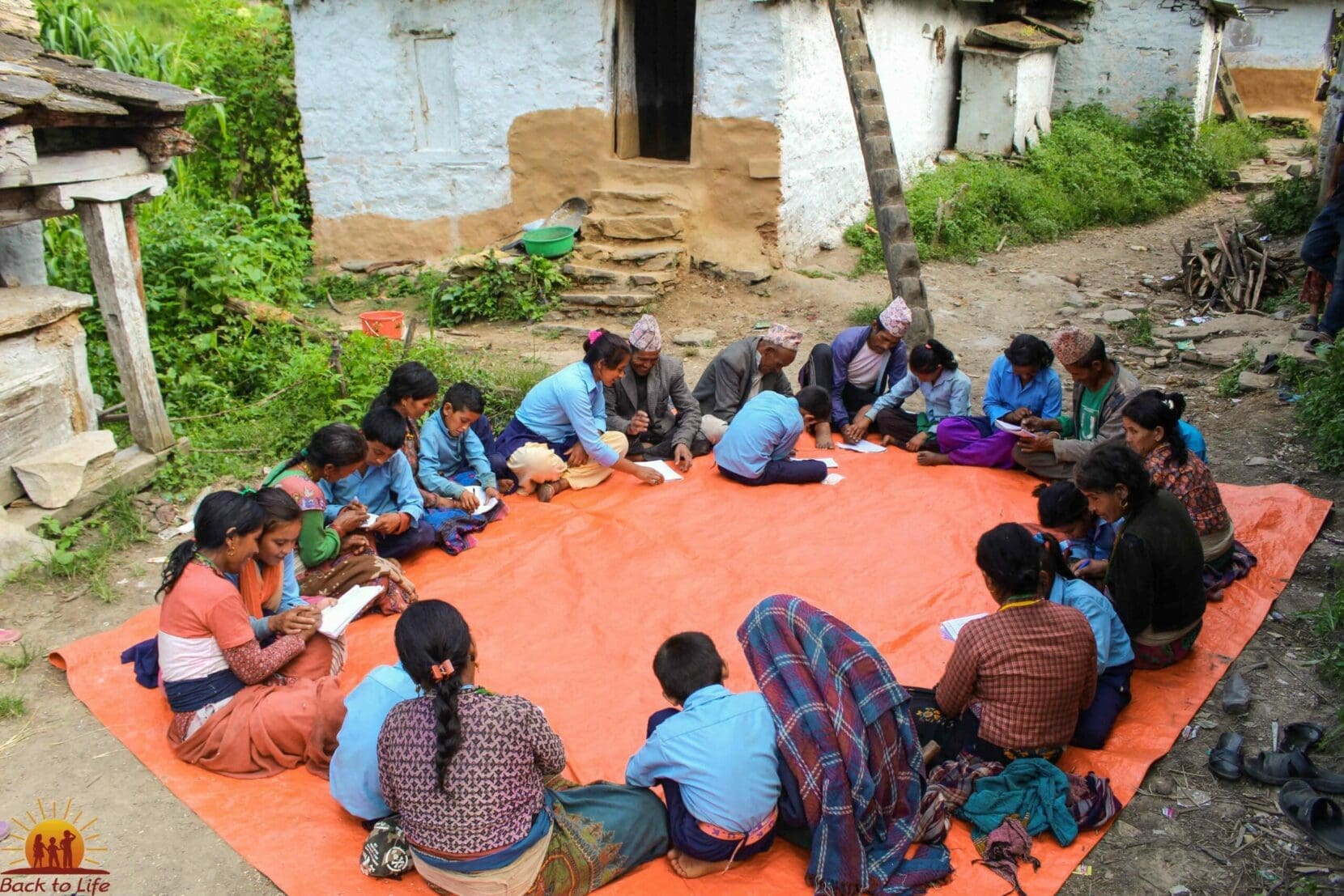 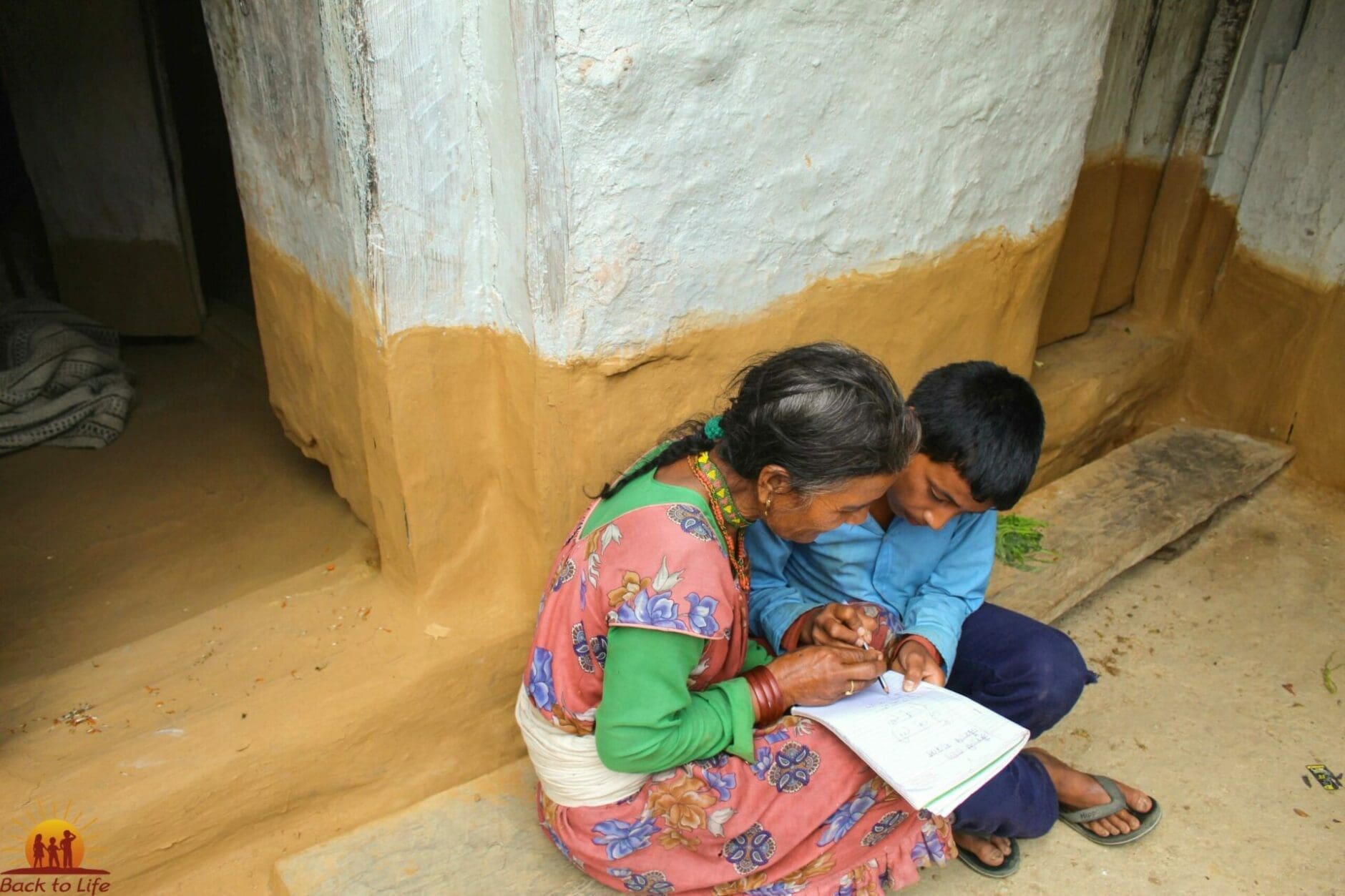 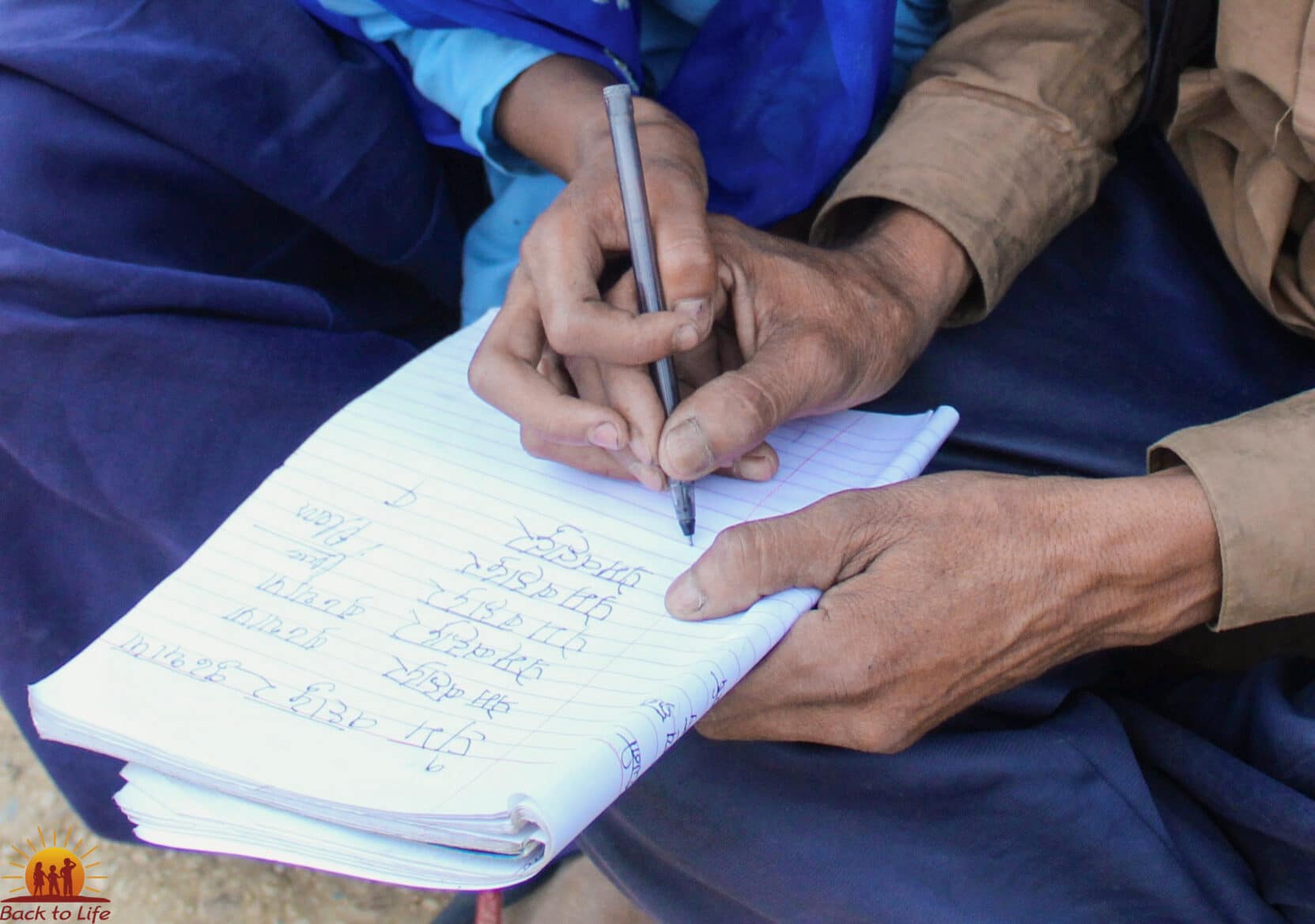 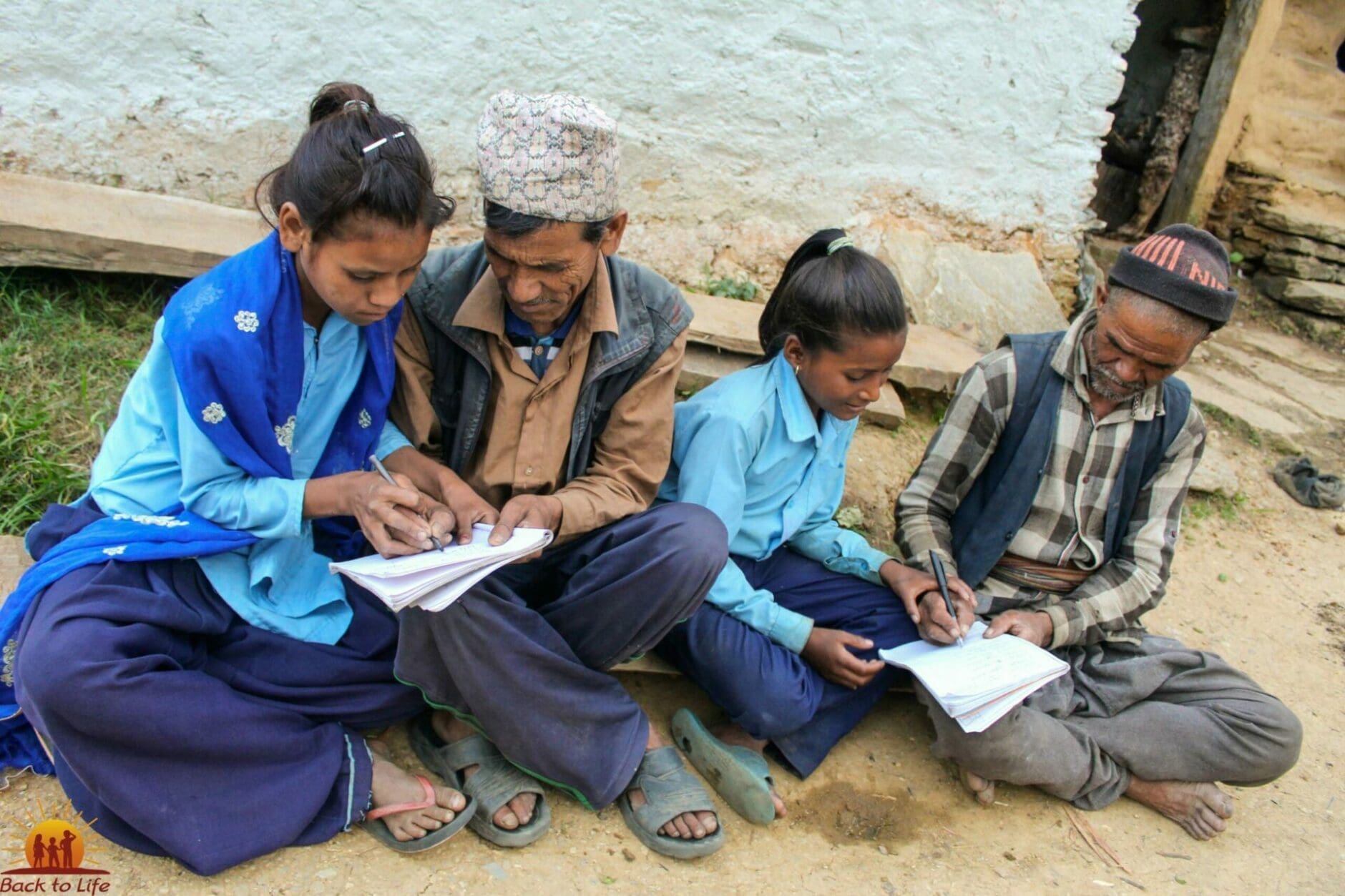 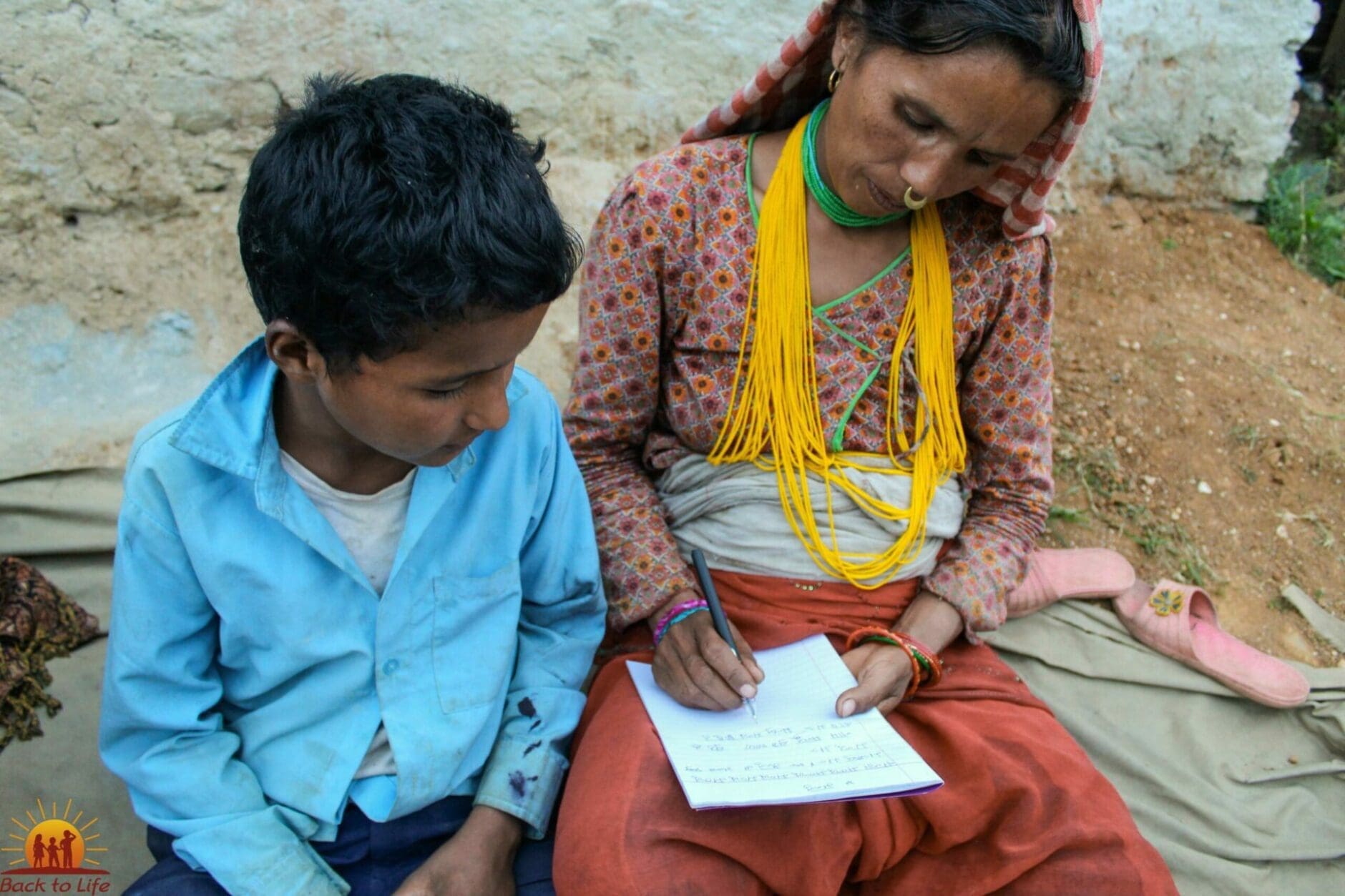 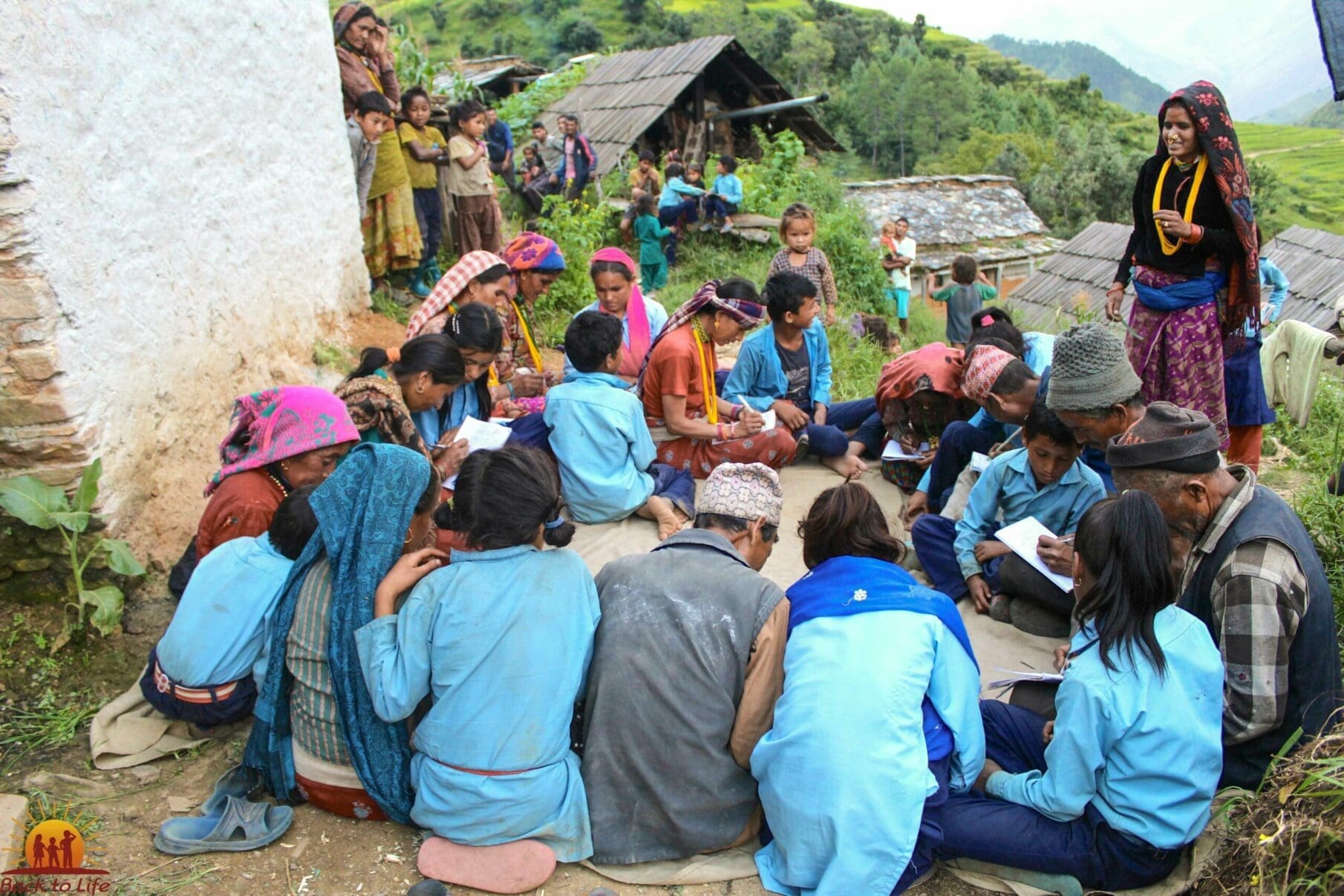 Baidevi Rokaya (24) eagerly participated in the courses: “I always felt like I was blind. I couldn’t make out any numbers or letters because I never went to school and my parents married me early. I was always ashamed of it and avoided gatherings in our village because I could only sign with a fingerprint and was derided as ‘Lyapche’ (“fingerprint”). I am grateful that I can read and write short texts. In addition, I now understand the minutes of the meeting and can sign them with my name! That makes me proud.”

“If adults are literate, the next generation will automatically send their children to school too. There is no need to explain the benefits of literacy to them, as they have already experienced it. I have taught 25 adults in the last three months and now they can at least write their names, read rudiments and do arithmetic. This is a great achievement for these people and an important ‘Back to Life’ initiative“, Said Hira Devi, one of the teachers in the Seri community.

Rama Malla, our midwife at the birth center in Seri, is also convinced of the success of the courses and their benefits: “Literacy is an important step in strengthening women’s basic rights and giving them self-confidence and access to information. It is important that women understand the news in newspapers or on posters so that we can practice health care more easily and more effectively. For me as a nurse, it also makes it a lot easier to advise and care for patients. That is why we are also happy when women and men take the opportunity to further improve their reading and writing skills in the small library in our birthplace. “

Our nurse Rama Malla (ol) is delighted that more women are learning to read and write. The small library in our birth house is also available for this.