Why a birth house in the mountains is vital

From Wolfgang Langenkamp, who donated the Jima birth house in Mugu and who made the adventurous and arduous journey to Mugu himself twice, at the start of construction and for the inauguration.

Why I am donating this birthplace I In 2011 I met the aid organization Back to Life, which has been active in Mugu since 2009, and was immediately interested in their projects in Nepal. The description of the living situation of the 55,000 inhabitants in the Mugu region shook me deeply. At that time, Mugu had no road network, i.e. no access to the outside world, and the high mountain villages could only be reached via strenuous trekking routes lasting several days. In the north the district borders on Tibet over the main ridge of the Himalayas. Under archaic living conditions, people’s life expectancy until recently was only 44 years, for women even less than for men. A lack of education, practically non-existent medical care, insufficient agricultural income opportunities, the harsh winters at high altitudes and the almost non-existent contact with the rest of the country frozen life in a past with no future.

Births like in the Middle Ages I Most seriously, however, pregnant women are affected: The dangerous tradition of Chhaupadi, according to whose belief that women in Mugu are not allowed to shed blood in their own house because this could anger the gods, causes many deaths every year. Before a child is born, expectant mothers have to leave their house and give birth either outdoors or in a dirty cowshed – without any outside help. The infant and female mortality rates there are therefore one of the highest in the world. This rite is now forbidden by law, but it can hardly be checked on site. In addition, this law exposes people to a deep dichotomy between the law and their beliefs. Other solutions are required here.

In agreement with culture I When the founder of Back to Life, Stella Deetjen, visited Mugu for the first time in 2009 to get an idea of the situation, the women informed Stella of their need. Back to Life immediately began to develop a concept that ultimately does not interfere with people’s culture and beliefs, but still brings help and relief. The idea of building birth houses in central locations that can be reached and used by several villages was explained and presented to the population. Coordination with the influential shamans of the villages was also considered, whose consent is of great importance for the locals. The Back to Life birth centers are now widely accepted in Mugu. 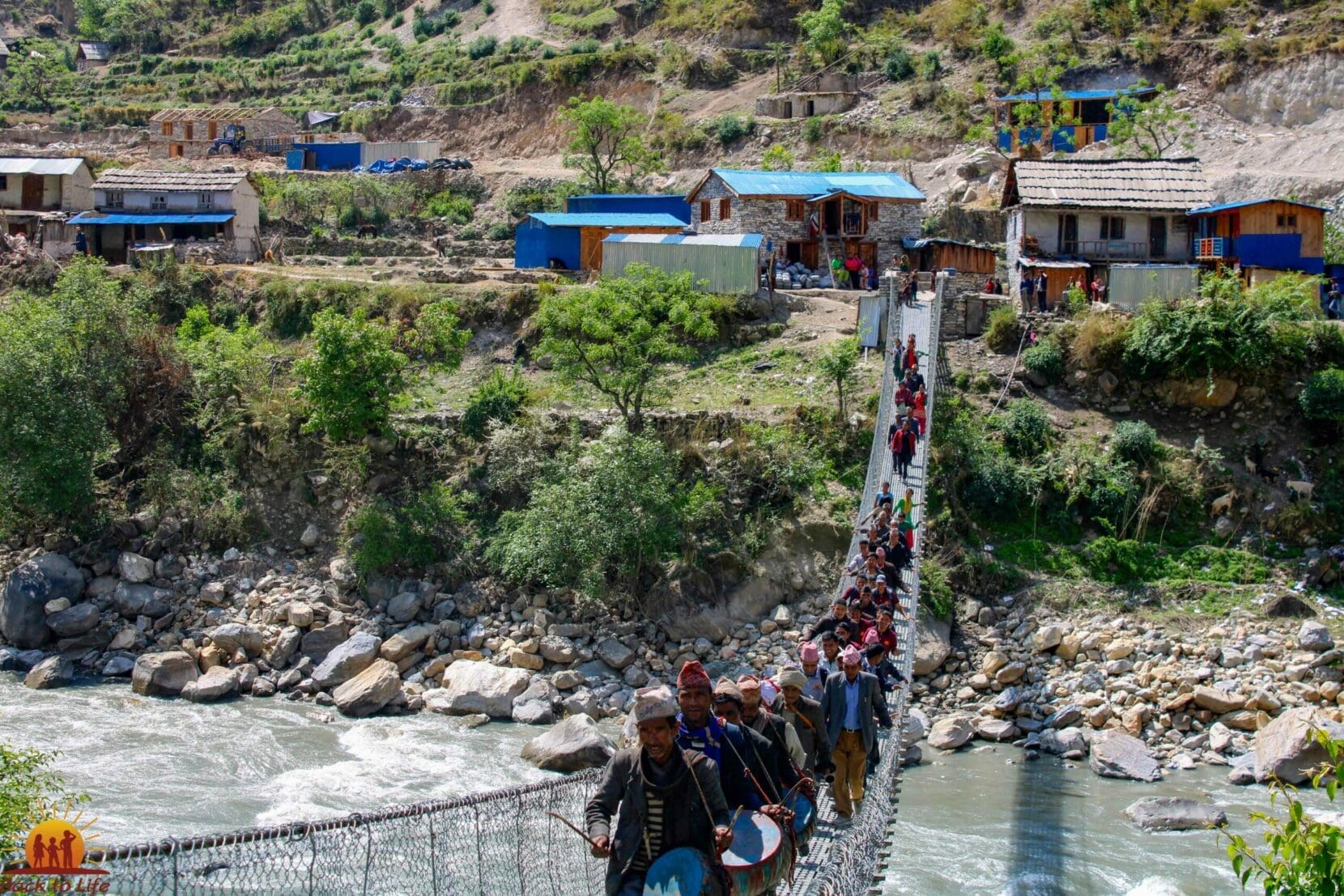 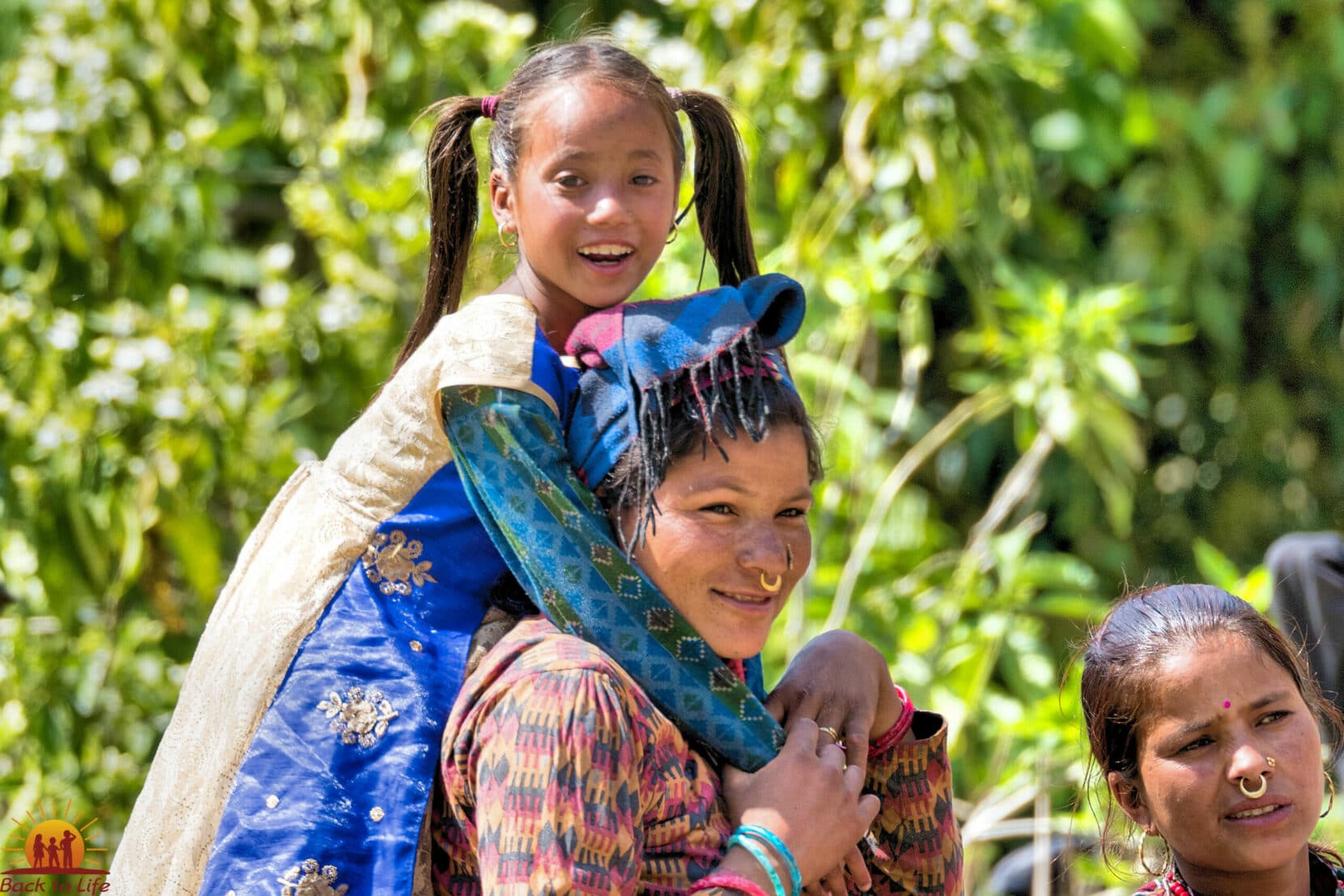 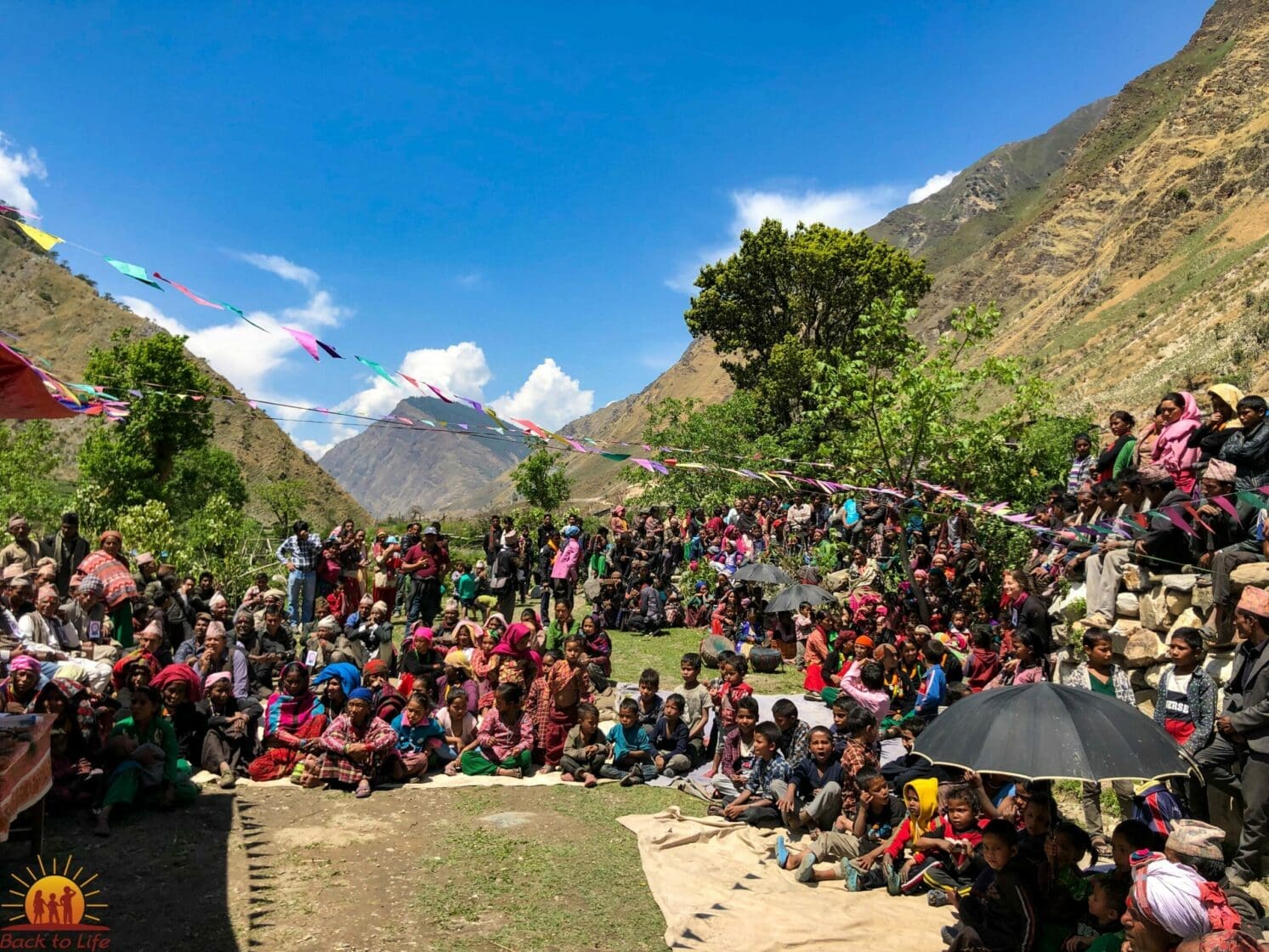 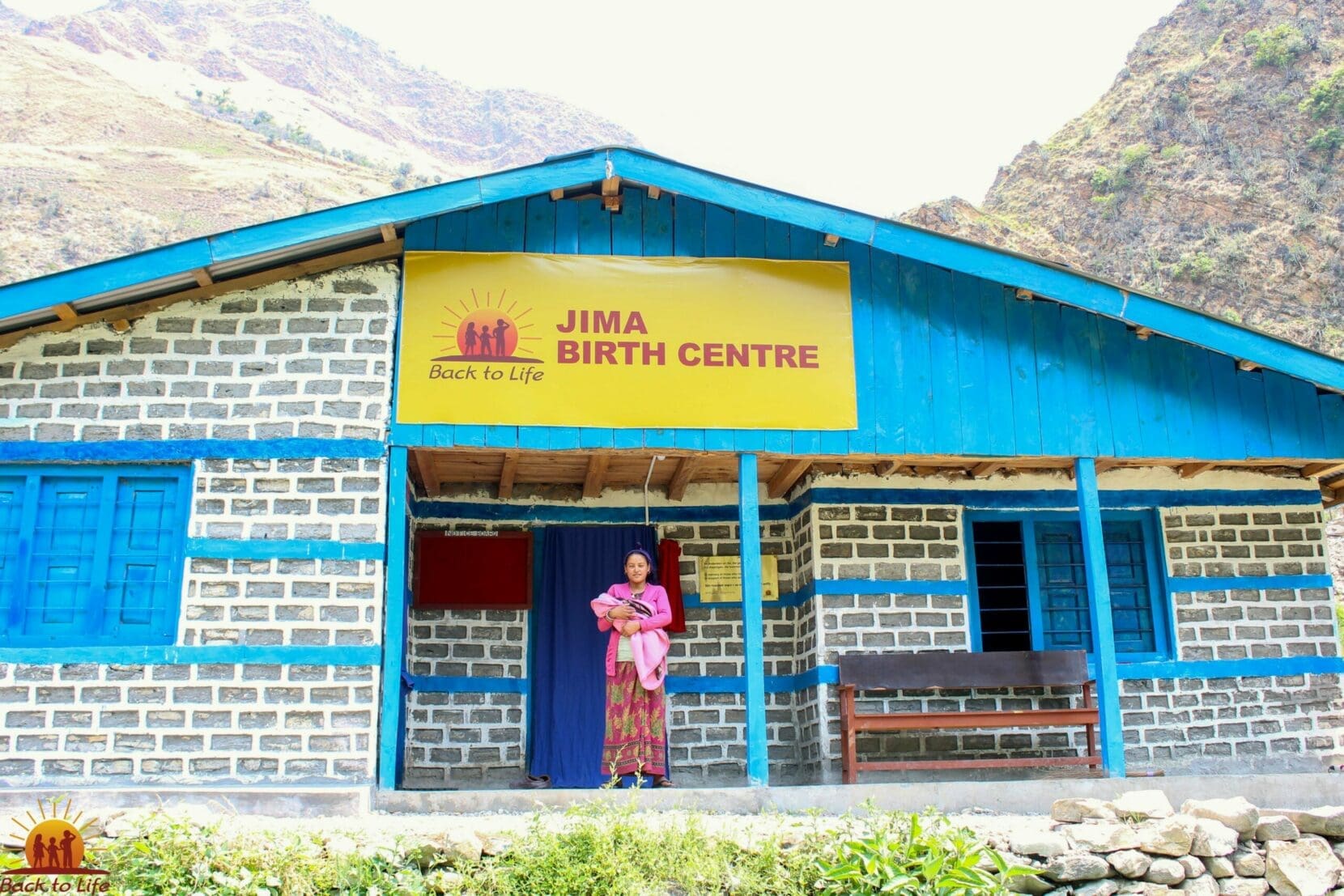 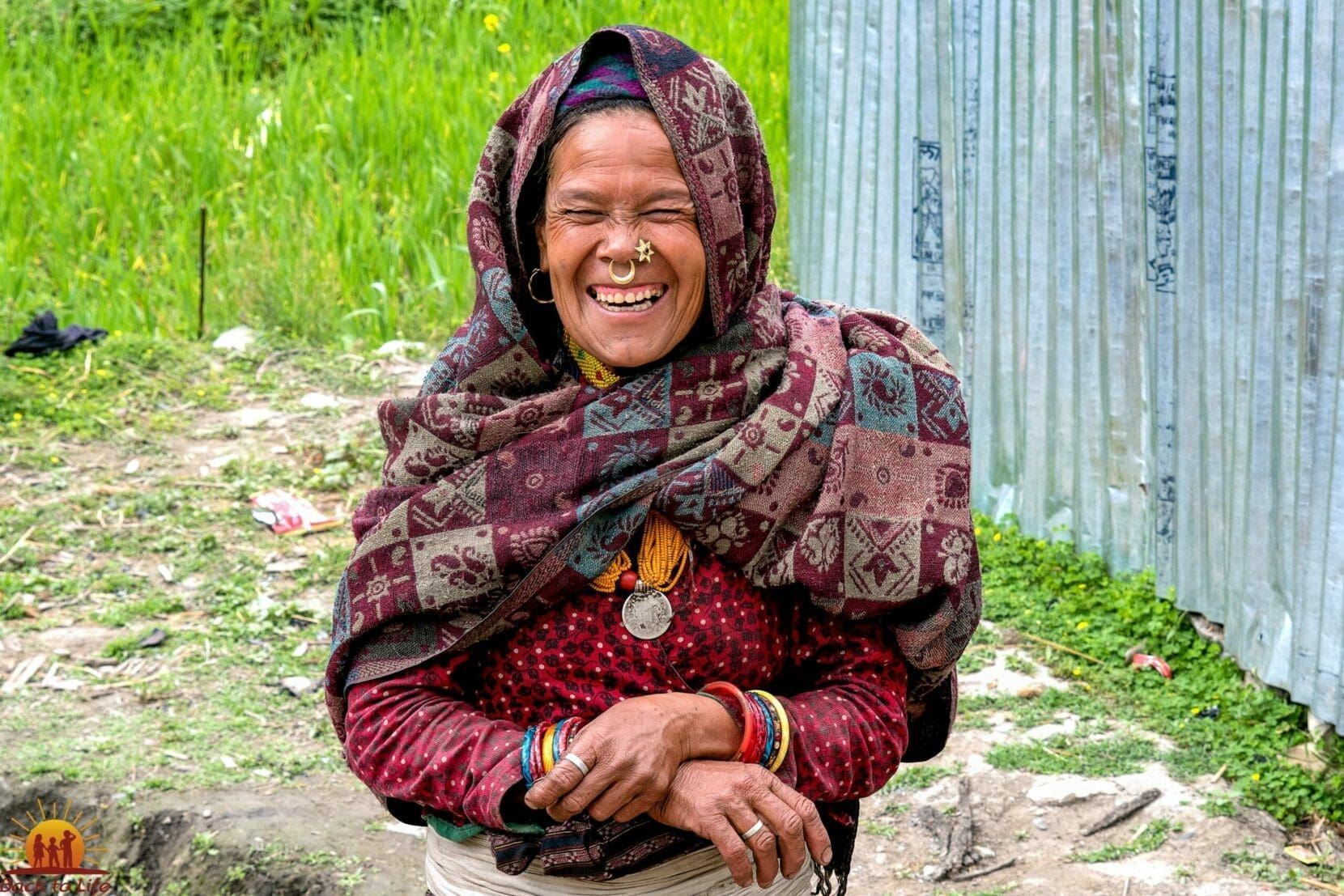 Development aid in a nutshell I Official building permits are also required in this remote area of Nepal, and a suitable plot of land is also required. As an organization, Back to Life does not want to buy or own any land in Nepal. For Back to Life it is about helping people to help themselves, because only that is development aid in a nutshell. Everything always remains in the hands of the respective village community. The building site must be made available by the village community. The construction time is about a year.

Here I wanted to make my contribution and decided to finance the construction of the birth house in Jima.