COVID-19: the current situation in Nepal

Unfortunately, the developments of the corona pandemic do not stop at Nepal either. As early as January 2020, it was announced that a Nepalese student had been infected in China before returning to Nepal. In the weeks that followed, the number of infections rose rapidly around the world, but initially no further infections were reported in Nepal. The epidemiologist Prof. Dr. Madhav Bhatta of Kent State University in the United States, speaking to us at the start of the pandemic in March 2020, expected the COVID-19 epidemic in Nepal to be more advanced than official statistics suggest.

Strict lockdown for 3 months
The Nepalese government then came to this conclusion and imposed a strict lockdown across the country from March 24, 2020, which was maintained for a total of three months. This has severely and lastingly affected the poor country and its people. In contrast to the relatively loose measures in Germany, people in Nepal were only allowed to leave their homes in extreme emergencies. The shops remained largely closed, only a few grocery stores were open for a few hours a day (from 5 to 9 a.m.). The lockdown has hit poor families particularly hard, because they are short of money and have no supplies whatsoever. From one moment to the next, day laborers were deprived of their earning potential and lacked the means to support their families. But the farmers were also affected: they had to stay at home due to the lockdown, with the result that their plants, which actually had to be harvested at this time of year, withered in the fields. In the urban centers of Nepal in particular, many small and large businesses were hit hard by the pandemic, including restaurants, tea shops, hotels and other service providers. Many people who mostly worked as day laborers in the service sector before the outbreak of the pandemic are now unemployed and penniless. It could take a long time for these people to recover from the aftermath of the pandemic.

Closed schools for 6 months
The public education system has particularly suffered from the effects of the severe lockdown. Many students in Nepal have been out of school for more than six months. Online lessons were reserved exclusively for private schools in urban centers, public schools cannot afford them and in rural regions there is simply a lack of technical infrastructure.

Short respite
Although the hard lockdown of spring hit the people in Nepal hard, the country was able to recover somewhat in summer and autumn. With the number of infections falling, everyday life in Nepal was approaching normal again, and local public transport was also operating again in large parts of the country. In our project areas in particular, the situation had relaxed significantly at the end of 2020 compared to the summer months: In Mugu, everyday life for smallholders was the same as it was before the pandemic, as was the case in the rural areas of Chitwan and Nuwakot. After a long time, the students were finally able to return to their classrooms in autumn.

Inadequate health system
The Nepalese health system must undoubtedly be of great concern. If this was badly set up before the pandemic, the current crisis makes the chronic underfunding of this sector particularly visible. All intensive care capacities in Nepal were already fully utilized in mid-October. Apart from the fact that there are far from enough intensive care beds in Nepal’s hospitals, these are also not adequately equipped: technical equipment such as oxygen masks or ventilators are in short supply, the Nepalese government could not afford the expensive equipment.

Vaccination prospects
Nepal’s vaccination campaign is progressing very slowly because the country can neither develop nor produce vaccines itself. In March, the precious vaccine was mainly obtained from India. However, due to the recent rapid increase in the number of cases there, the vaccine deliveries were largely stopped. Instead of receiving vaccine from India, the dynamic infection process is now spilling over from the neighboring country to Nepal. As of May 5th, 2021, the number of cases reported daily has risen by more than 30 times since mid-April, and growth is exponential again. The Nepalese government reacted at the end of April with a lockdown in the Kathmandu Valley, one district after the other has been shut down since then, and schools also have to remain closed for the time being. Many people who are sick with Covid-19 can no longer be treated because the capacities are insufficient. 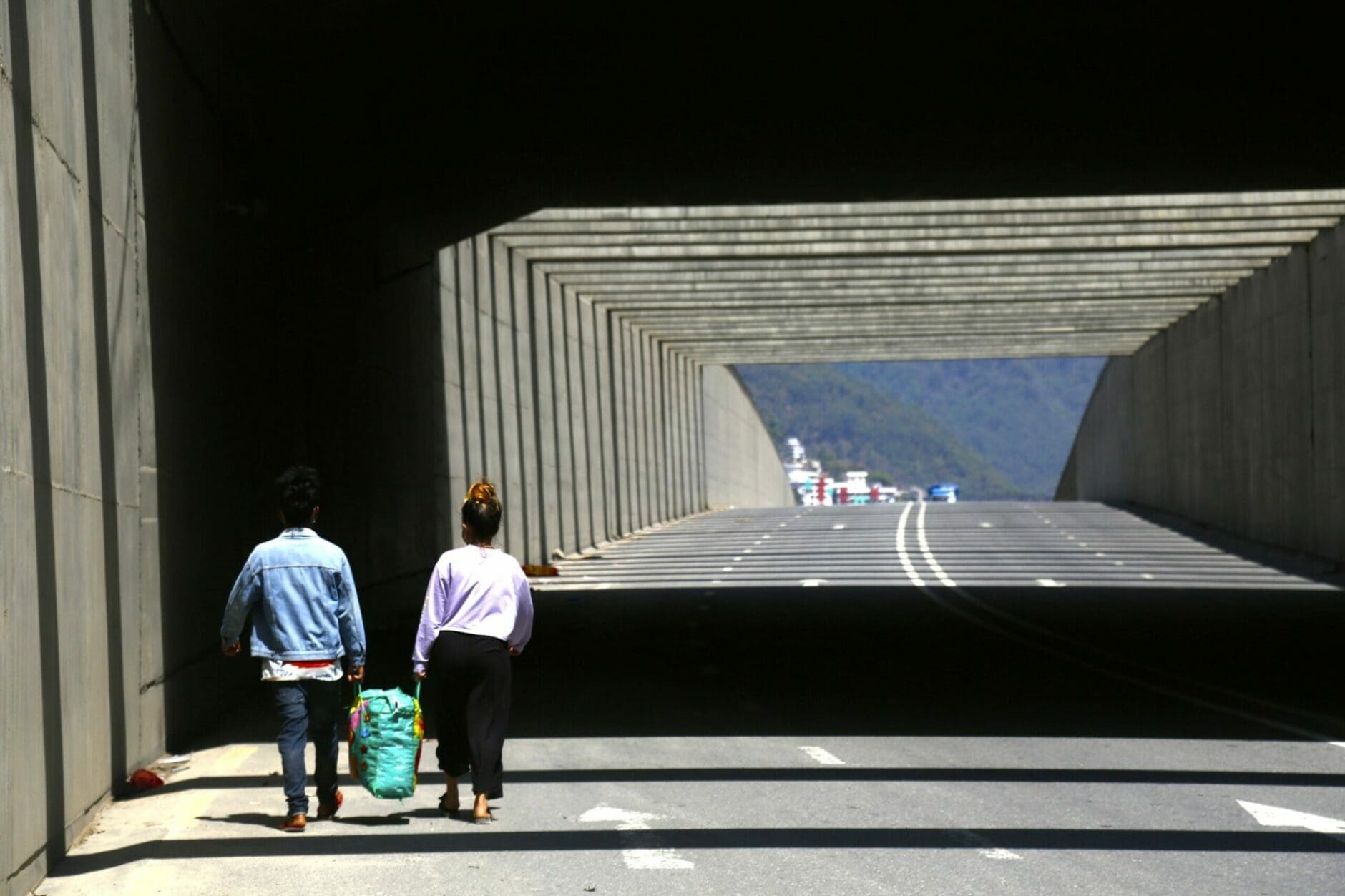 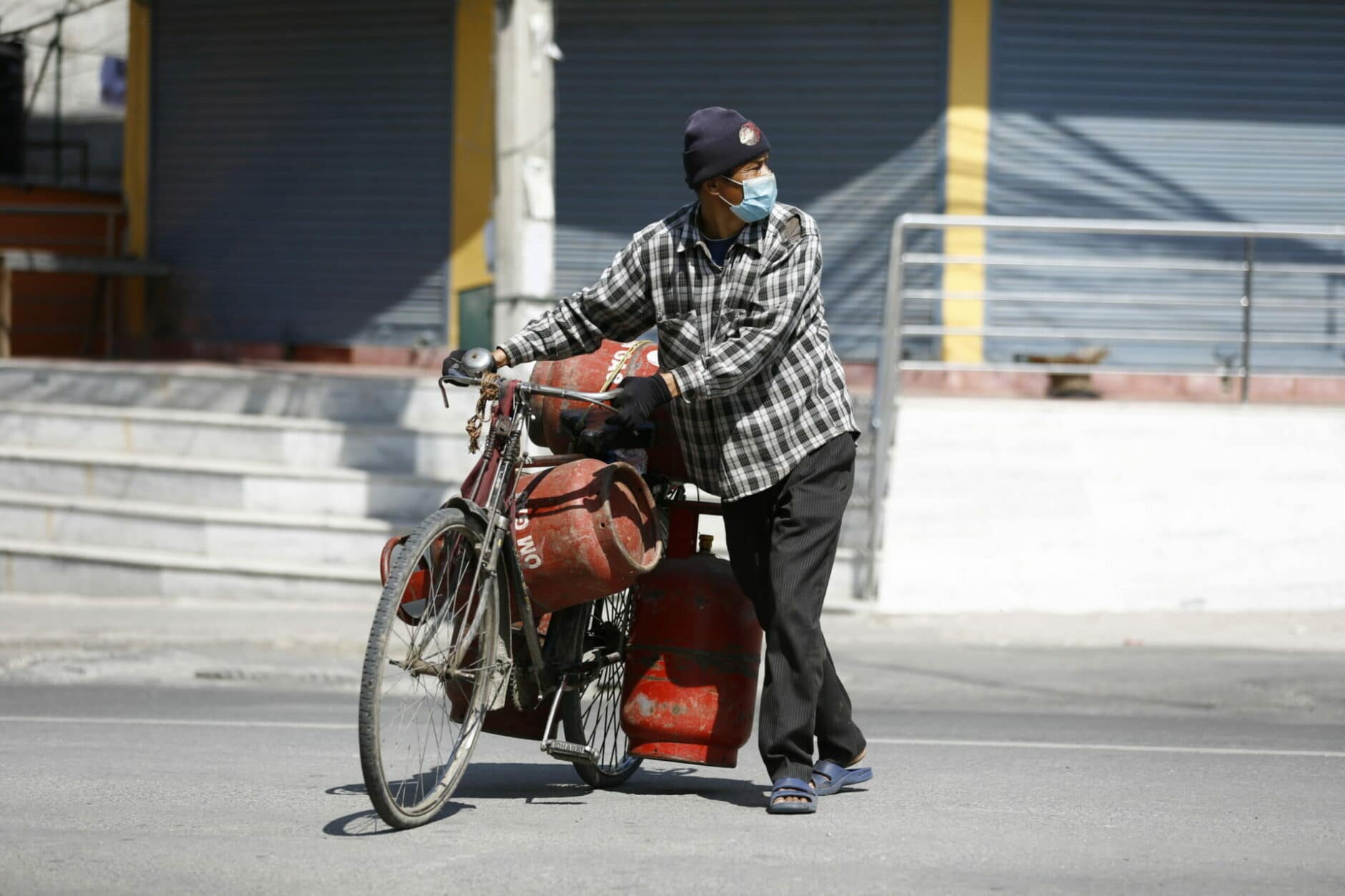 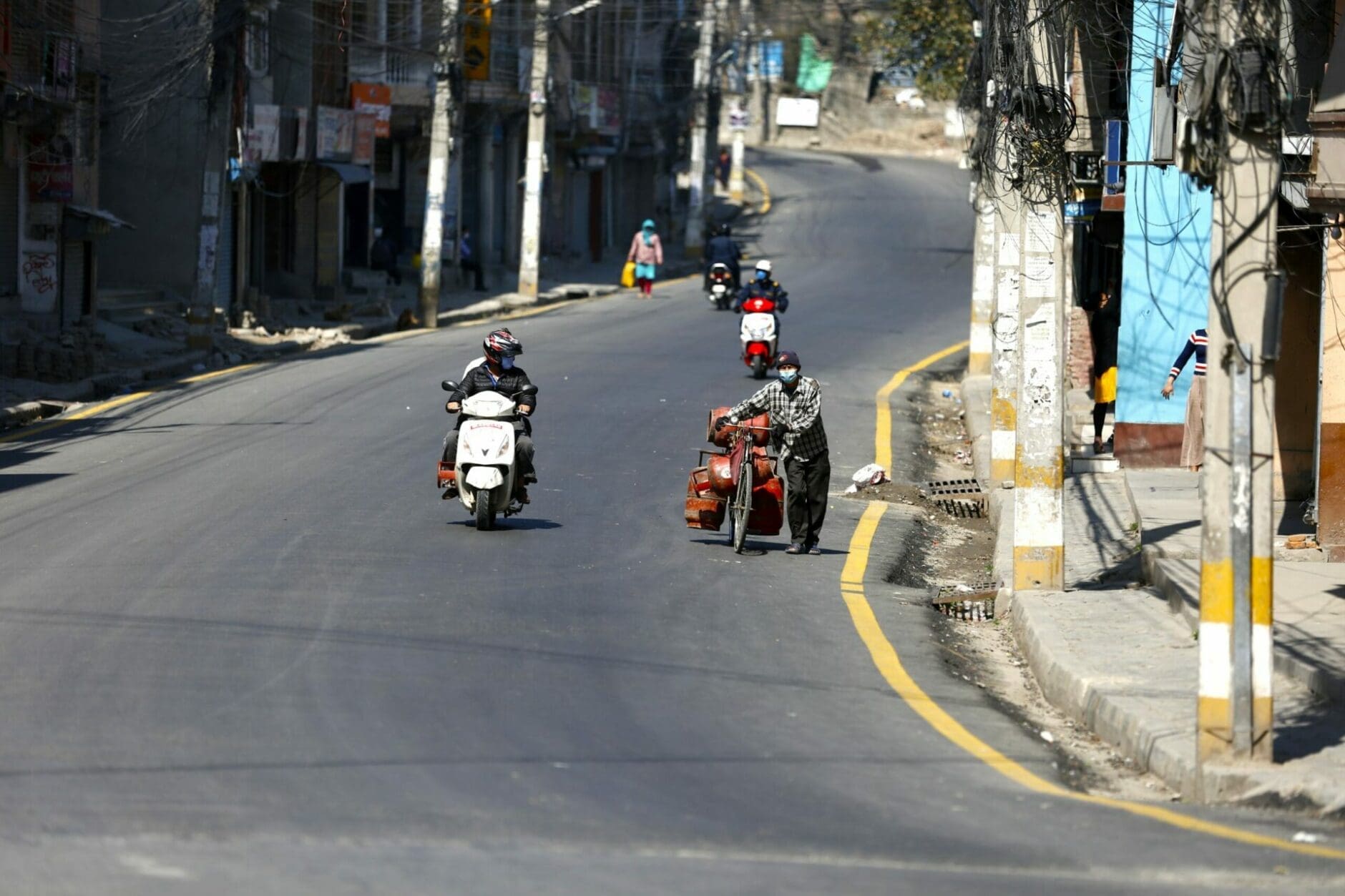 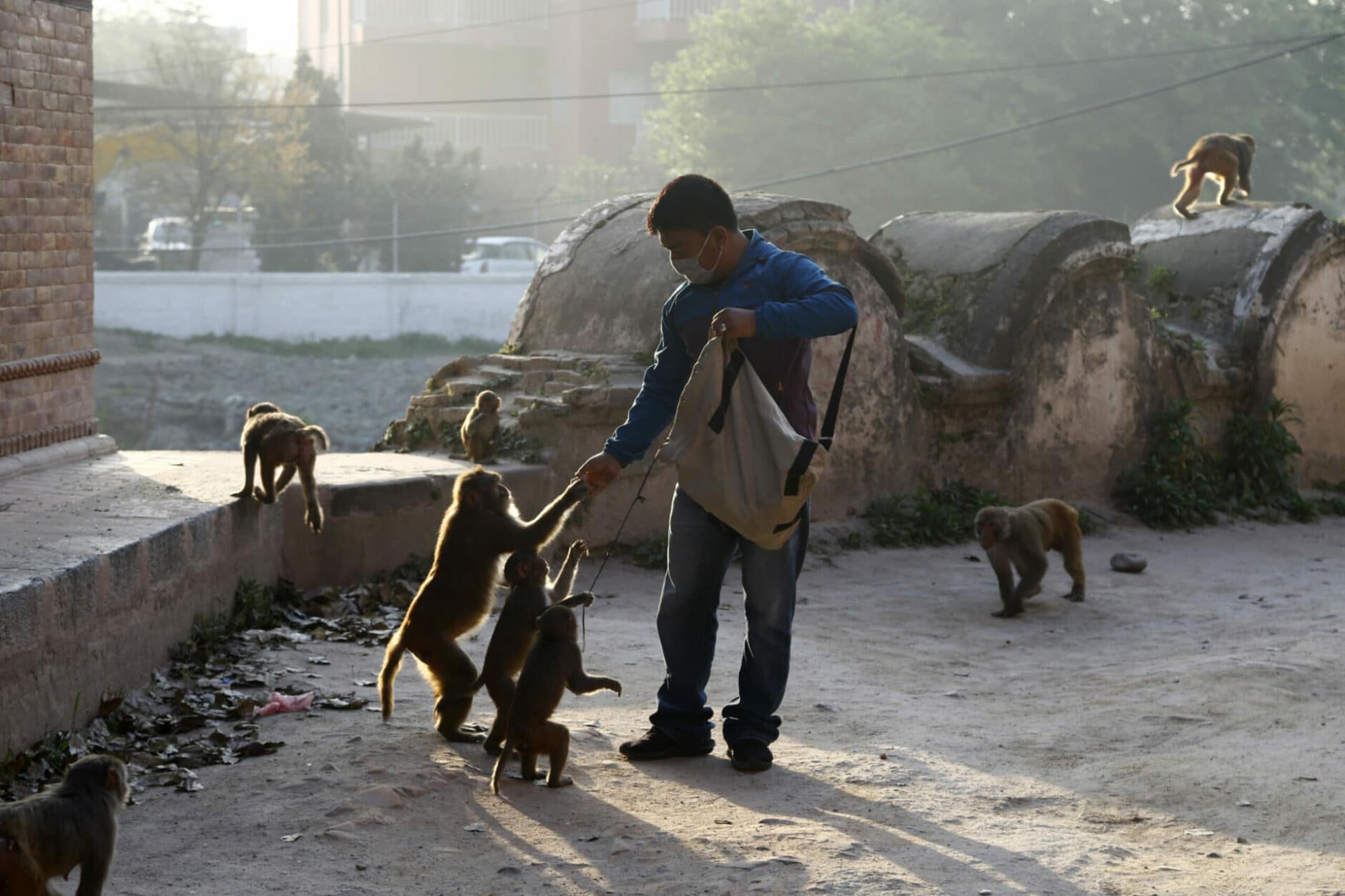 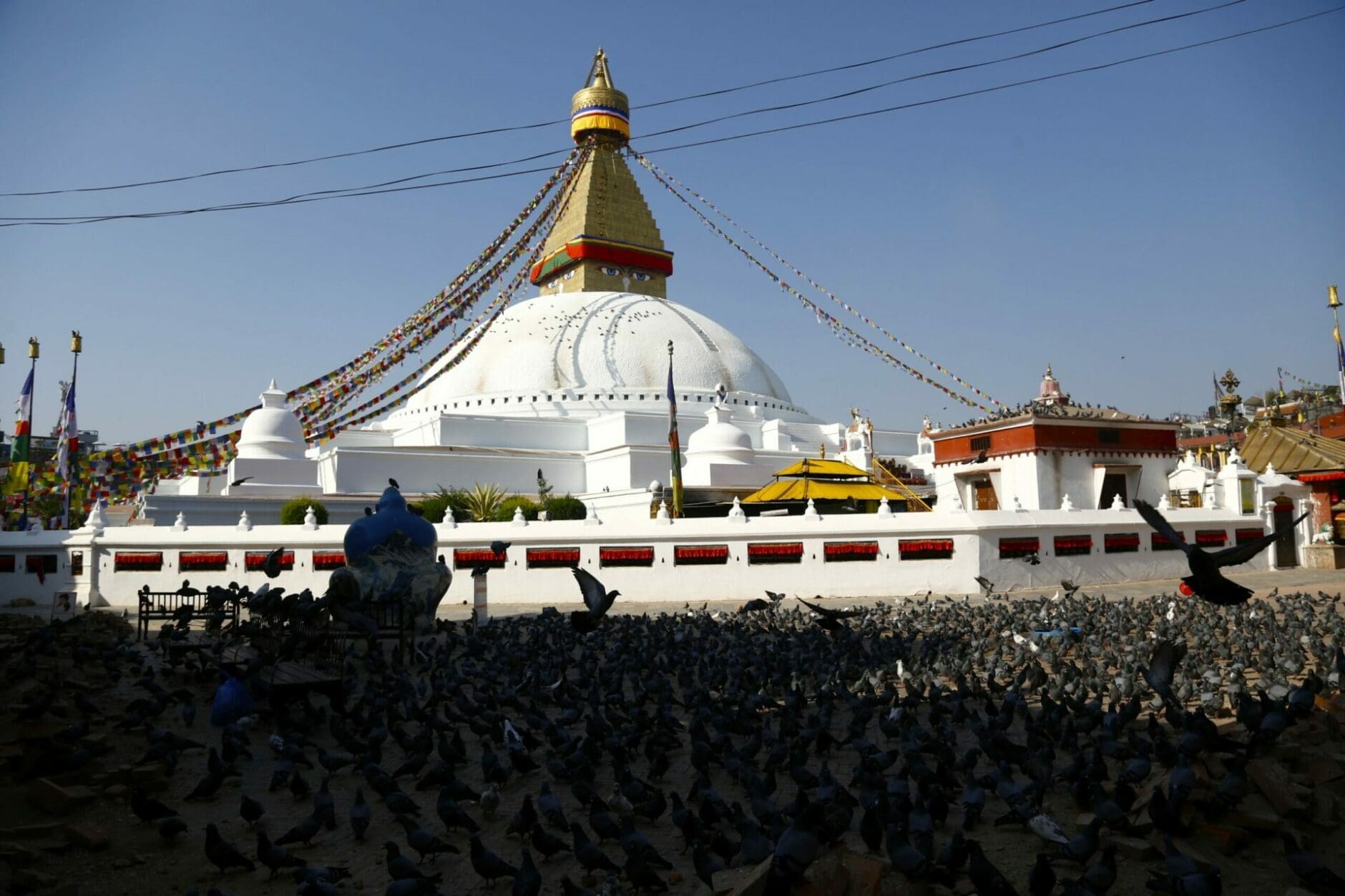 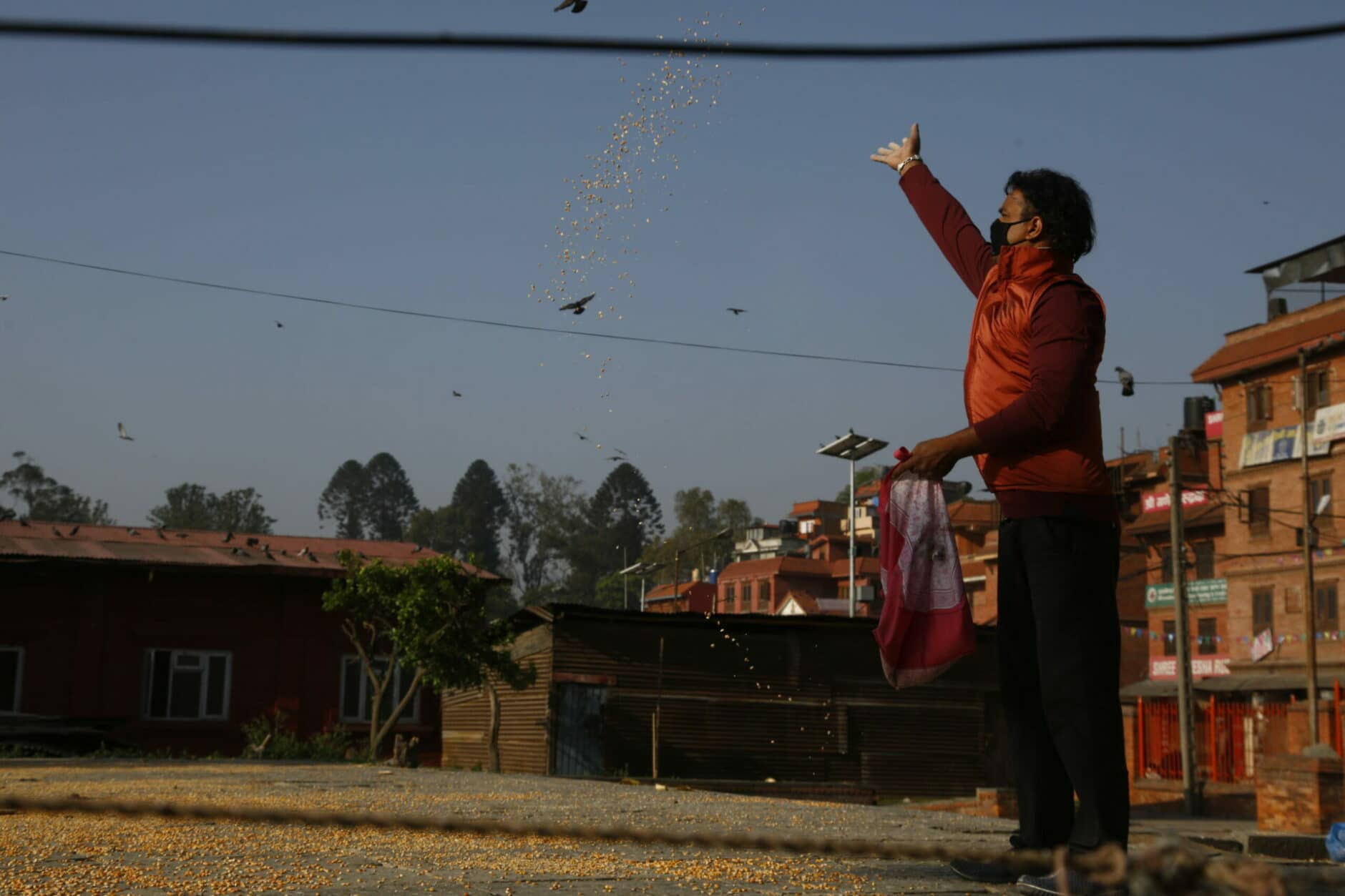 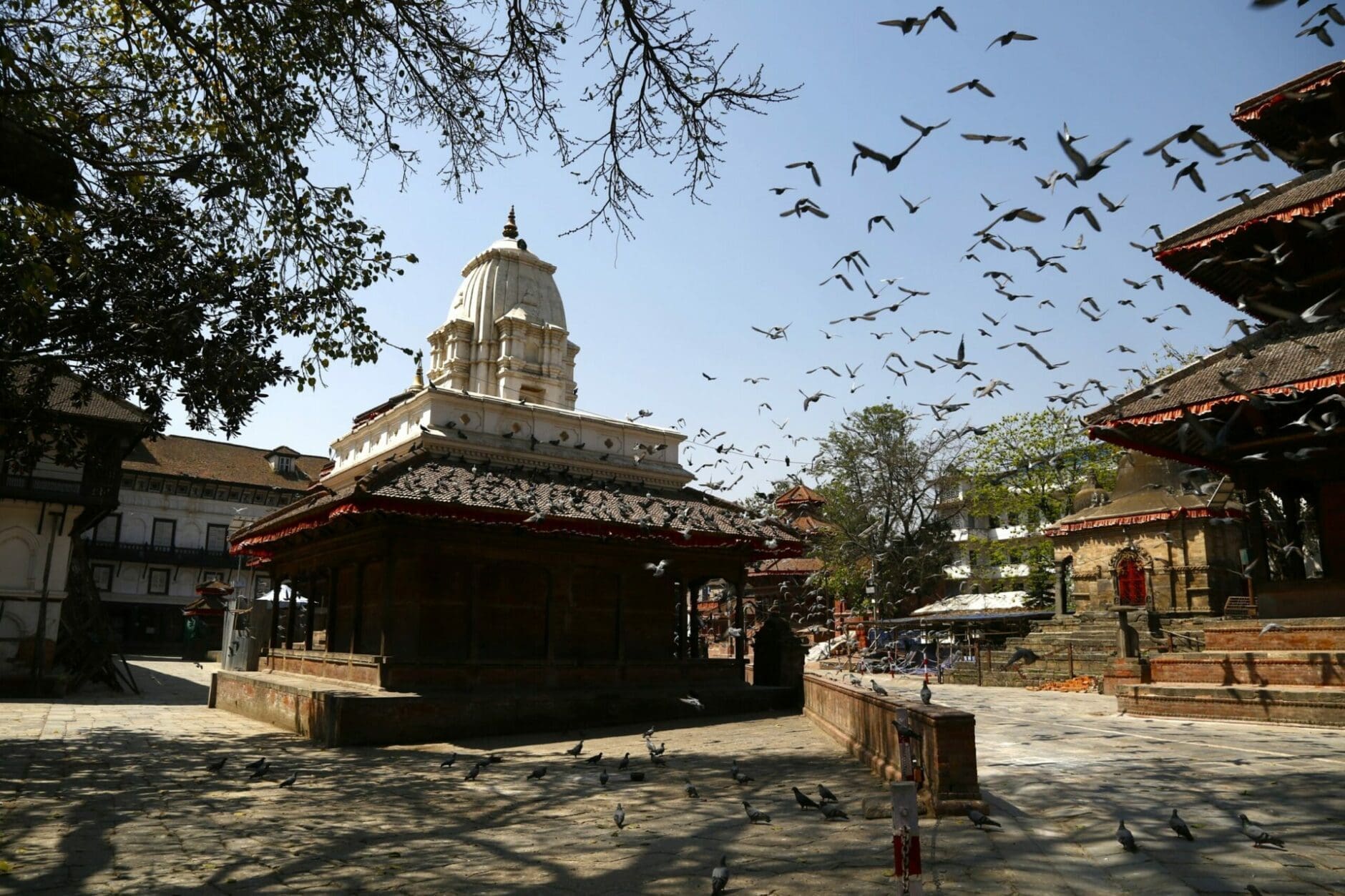 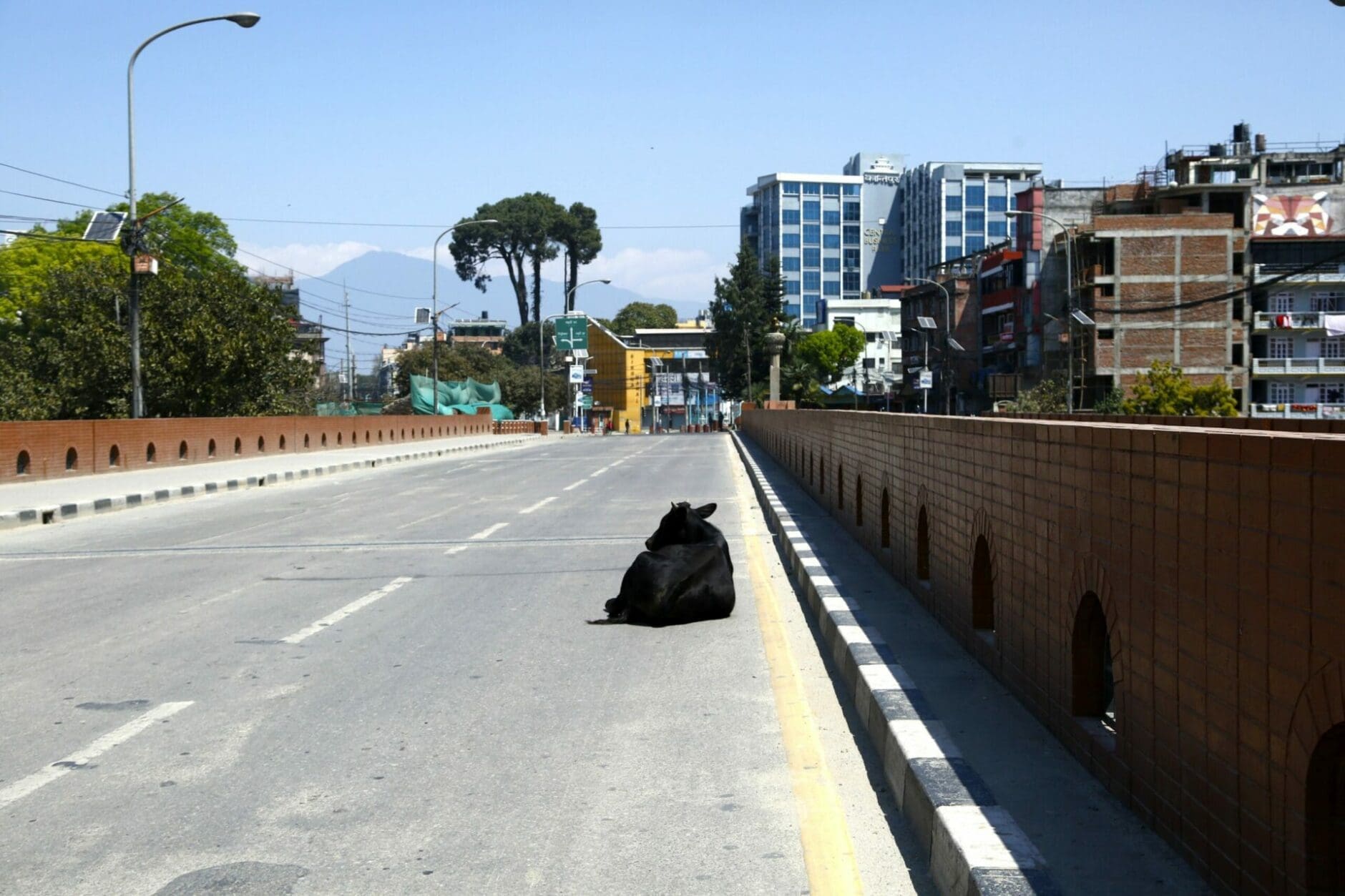 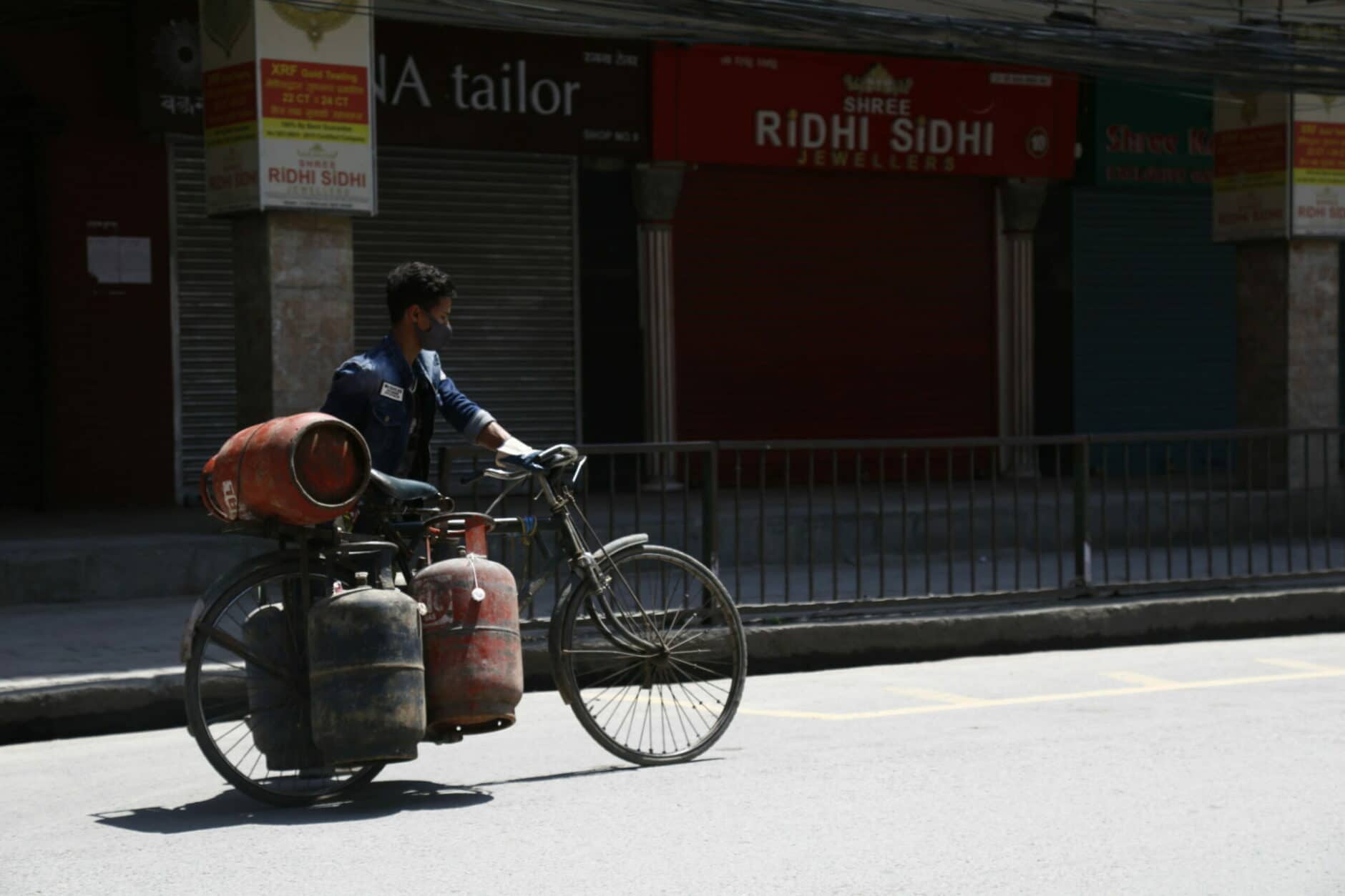 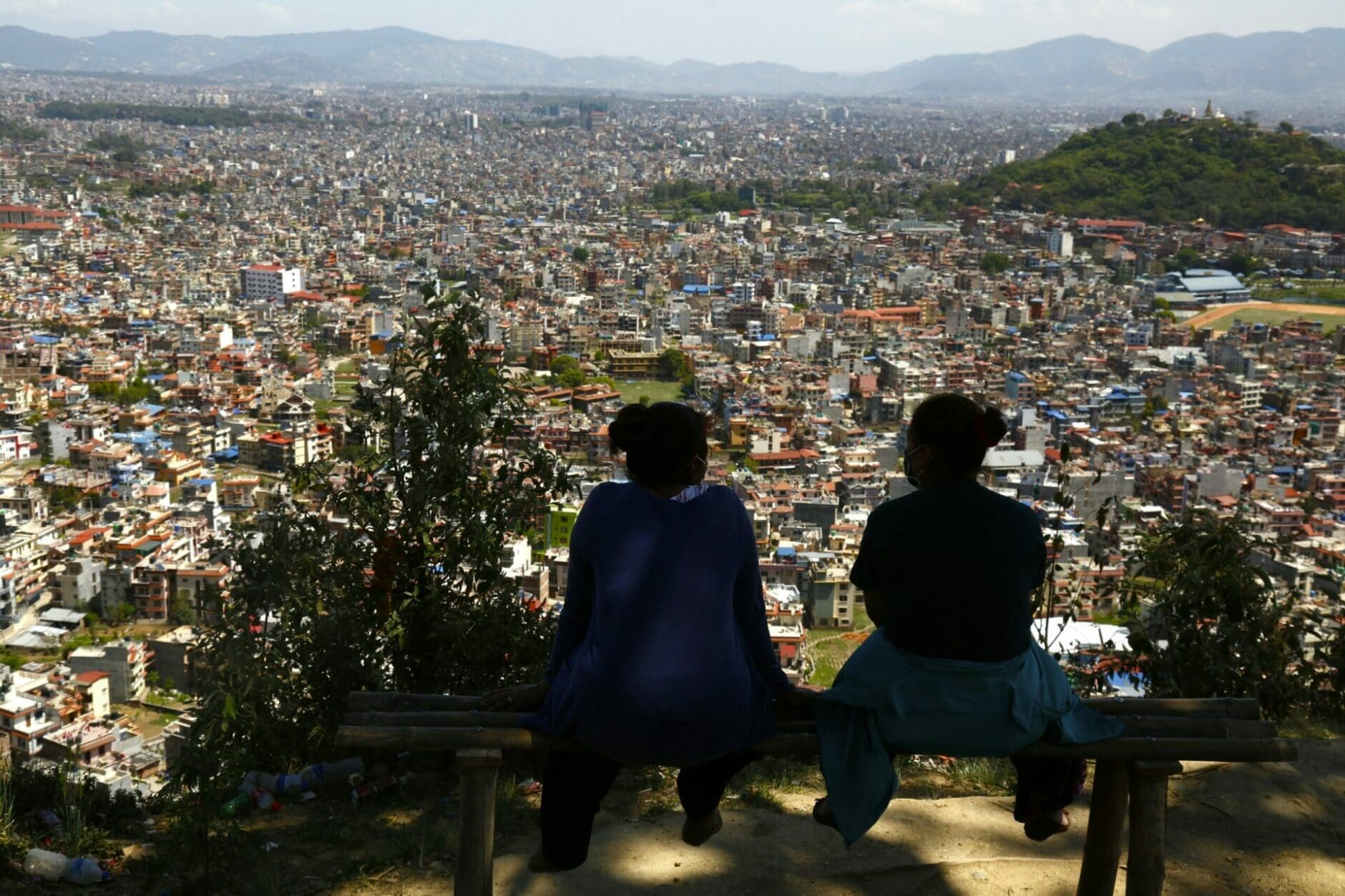