Keepers of balance – the shamans of Nepal

The full moon is over the mountains, the ceremony has already begun. A young woman in the village who is plagued by an inexplicable disease has visited the shaman in the community’s “Than” temple. She asks advice on what to do about her unbearable stomach ache.

Offerings for diagnosis and healing

With due respect, she enters the unadorned hut, only red and white strips of fabric dangle from the roof beams down into the room. A simple stone lies in the center of the room as a symbol of the incarnation for the deity Masto. Husband and grandmother accompany the young woman. Together they offer offerings in front of the shaman’s eyes: flowers, plant leaves, incense cones and grains of rice. Because the shaman can read from the rice that is scattered on the ground. People are convinced that the grains that have previously passed through the hands of the sick give the spiritual healer all the information about the disease.

The sound of bells underlines the scenery, soon another goat will be sacrificed and the blood will be spread over the stone mastos. The shaman, who speaks in a trance, recommends treating the abdomen with spoons heated in the fire in order to drive the evil spirit out of the woman’s body. The burn marks from this procedure will mark you for the rest of your life.

Contact with the gods and ancestors
In all cases, the great importance of the shaman for the community of the village is identical. He represents their spiritual leader, comparable to a priest, who is considered the moral authority on all questions of faith and gives advice to people. A shaman is the medium and mouthpiece between the natural and supernatural world. It is believed that in a trance he can leave his body and travel to the mystical intermediate world to talk to the spirits of the ancestors. Or he let the spirit go into his body so that it can act through the shaman and speak to people. The supernatural manifests itself in him in wild convulsions and dances, shrill chants and the beating of the great dhyangro tambourine drums. For the residents in the remote areas of Nepal, who have always believed in natural religions – which are close to Buddhism but not identical with it – the shaman is their direct contact with the gods and ancestors.

Restoring harmony
If the villagers fall physically or mentally ill, if they need advice on problems or an arbiter in disputes, they will go to the shaman of the village. For these spiritual leaders, the causes of physical and mental problems lie in disharmony or in a break with the natural and moral order in the world. This must be in harmony with the gods. The shamans are keepers of balance, they try to restore harmony.

When Back to Life built the first birth house in Mugu, we knew that we first had to know that the local shamans would be on our side before the village population. The women are only allowed to use the birth house if he approves the idea.

For law and order
Official representatives of the state are seldom to be found in the areas of indigenous peoples, so ancient traditions are preserved and of enormous importance for the cultural identity of the people. When neither the police nor judges nor doctors are within reach of the mountain dwellers, then the shaman is an important person to ensure law and order. In most cases this position is held by men, but there are also female shamans.

Firmly anchored
The population believes in the advice of the spirit healers, even the positive energy – this much is known from alternative medicine – can promote healing processes: “I felt bad for many days. Every night I had nightmares and got more and more scared. I became weaker and weaker and became seriously ill … “ The older man shudders when he thinks back on it. “I visited our shaman. He said that I did not honor our ancestors enough. His angry spirit had cast a black shadow over me. To appease him, we began praising my ancestors. The next day I was healthy again! “

Many ancient spiritual rituals are still practiced in Nepal to this day. One of them is shamanism, which can be found in many forms, often under different names – depending on the region and ethnic group. For example, the shaman is called “Dhami” among the Khasa people in Mugu, but “Jhankri” in other regions, the ethnic community of the Chepangs prefers the term “Pande”, while the Tamangs call him “Bompo”. 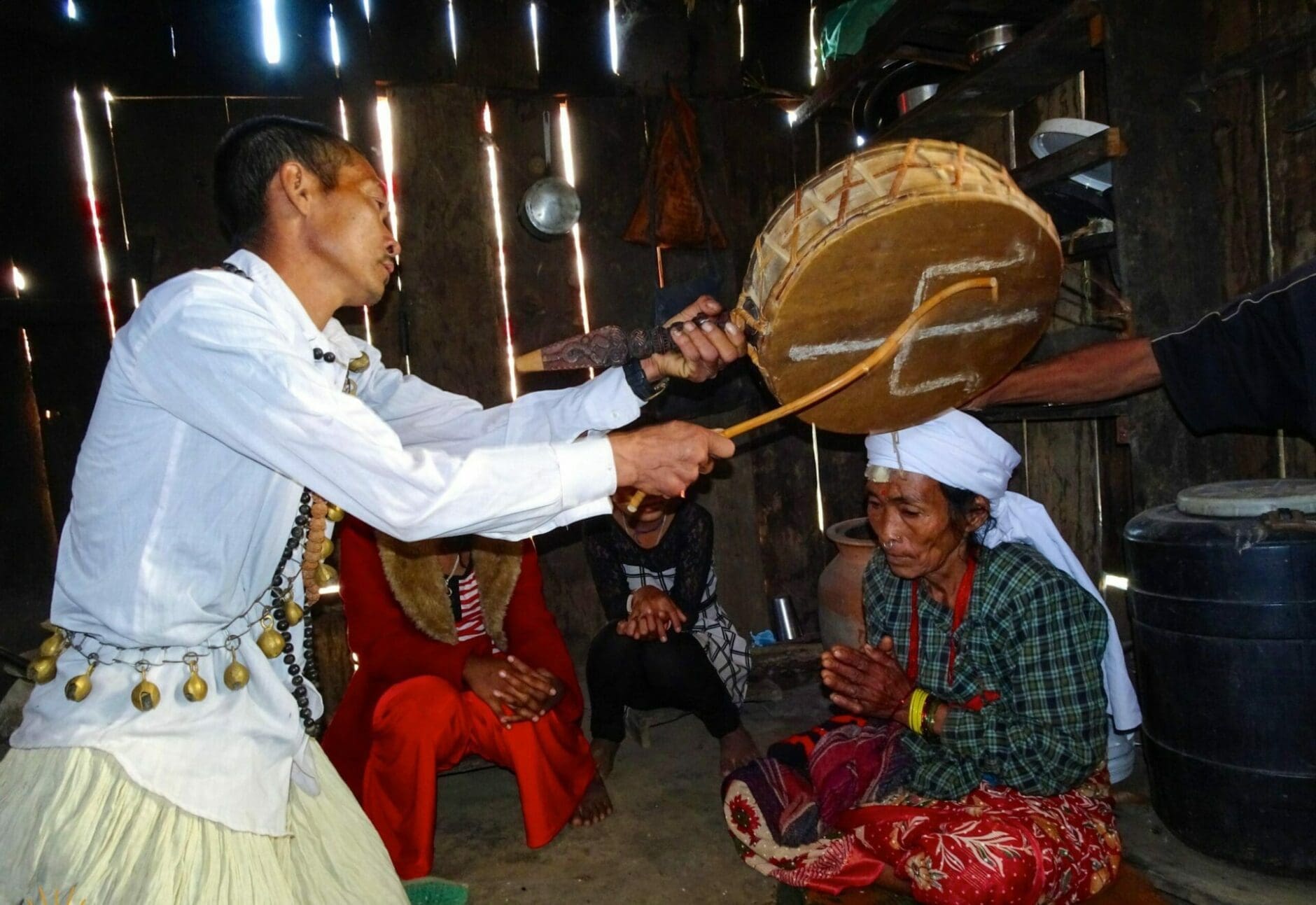 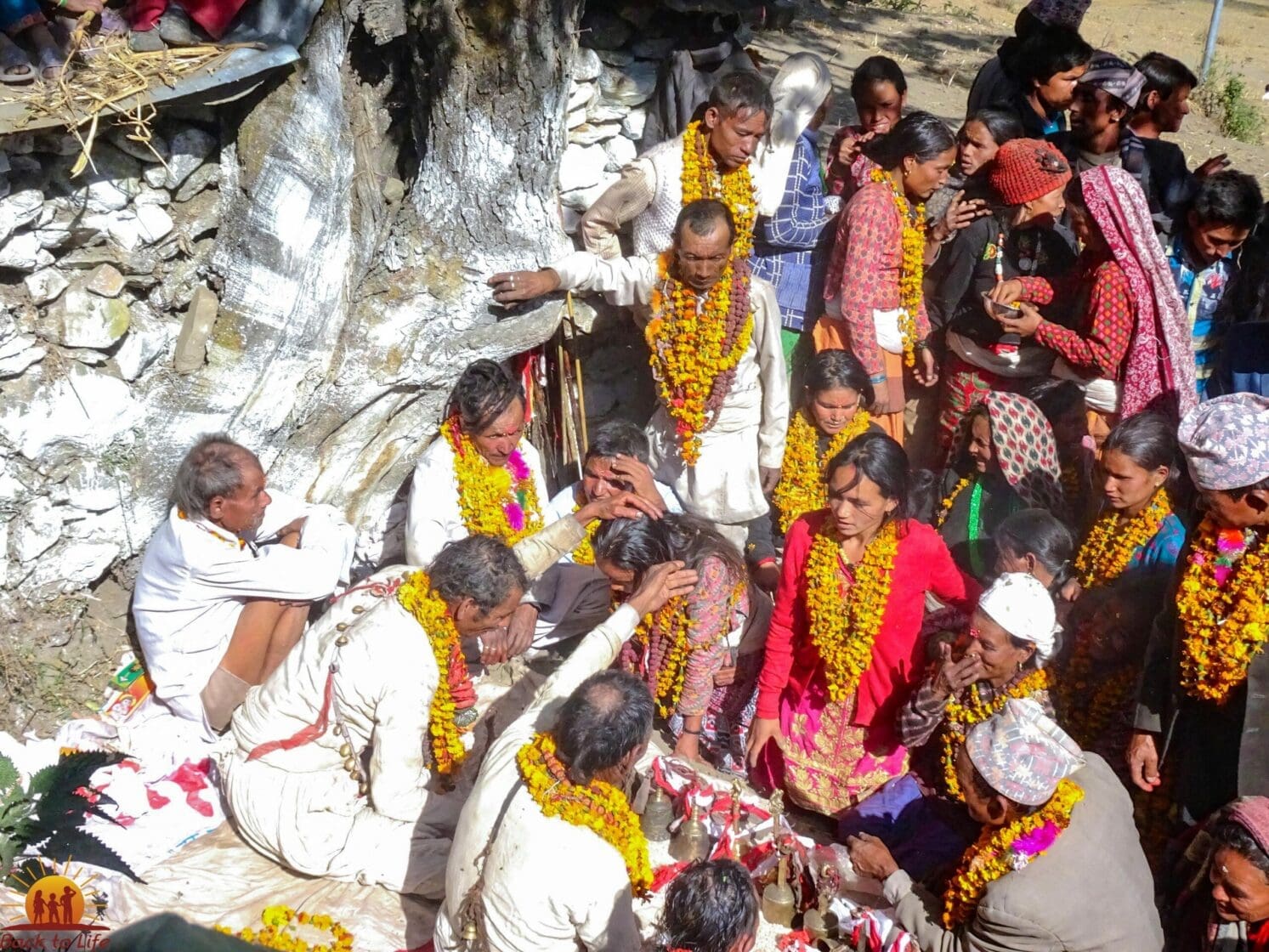 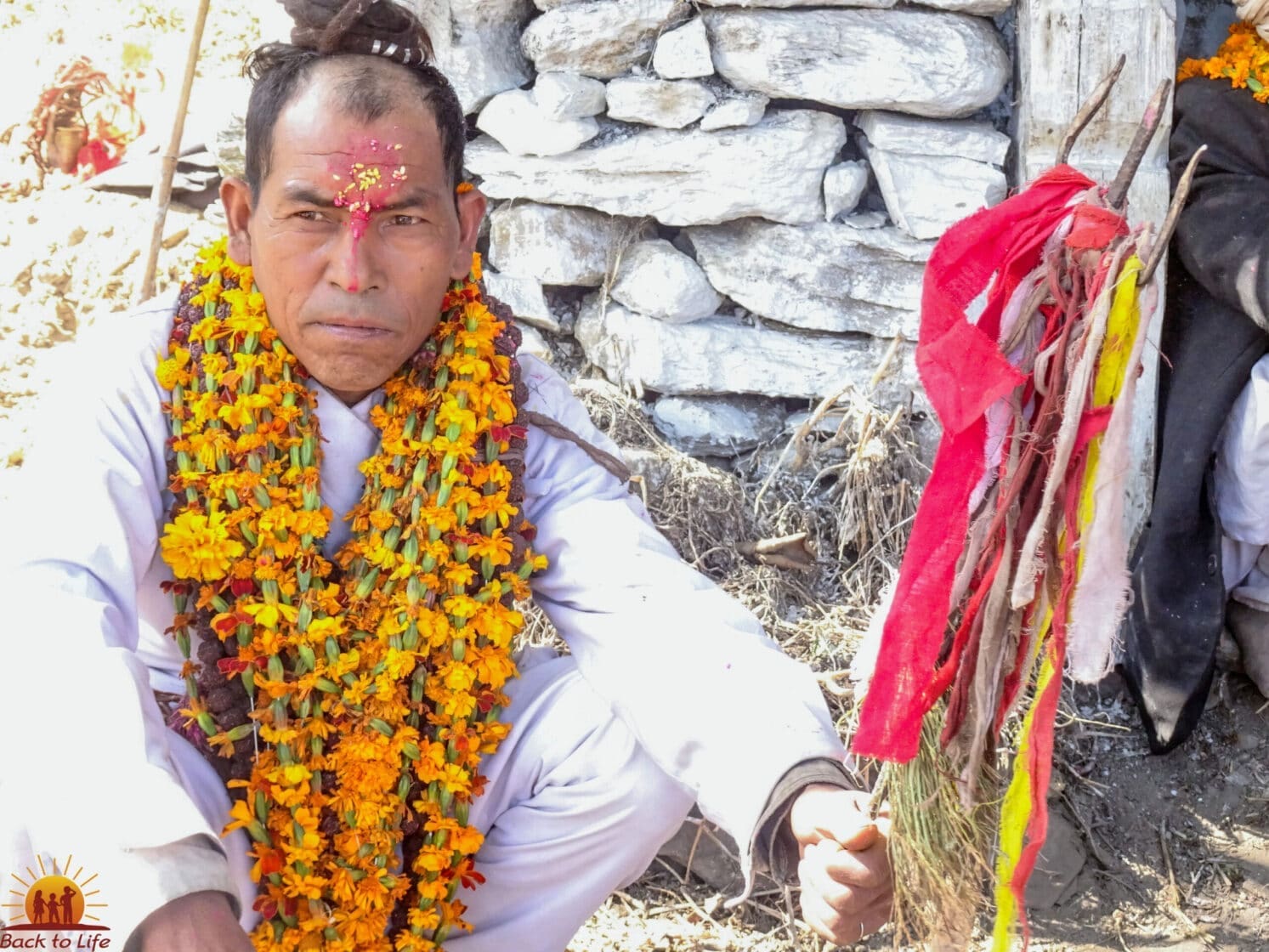 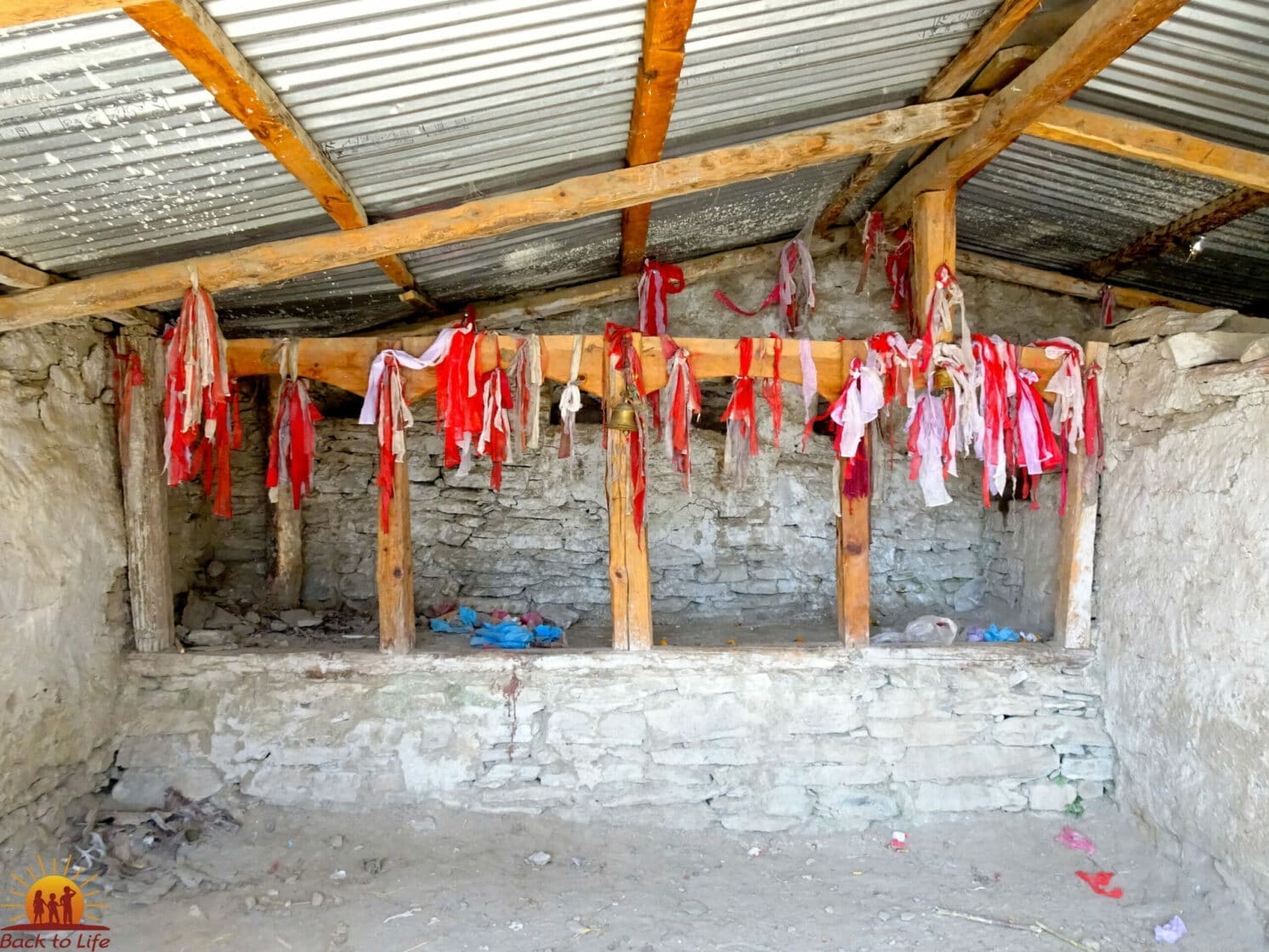