HOW DOES A YOUNG WOMAN BECOME AN IMPRESSIVE IMAGE? | You could start explaining at 5 a.m. Then when Hansa Devi gets up, puts water on and makes tea for “her” 24 children. When she wakes the children, instructs them to make the beds and sweep, and with some of them prepare breakfast for everyone. You could also start in class. When Hansa teaches and looks after the 24 deaf or severely hearing-impaired children in the school with the attached hostel using sign language she has learned herself. No matter when you start, Hansa is a remarkable young woman. A woman who herself had to overcome a difficult fate and perhaps because of this she stands up for those who have even fewer opportunities than others.

WITH THE LOSS, YOUR STRENGTH GROWS | Hansa’s moving story begins – as so often – with a health problem. As a five-year-old, she complained of pain and swelling in her right foot, which were only poorly treated and then worsened over the years. The family has no money to take them to the lowlands. It did not reach Kathmandu until 10 years later, but by then it was already too late. The leg must be amputated. Hansa returns to Mugu on a prosthesis. She does not allow grief, does not give up, does not withdraw. But on the contrary. She continues to attend school.

CHALLENGE AS A DREAM JOB | When she was in the 12th grade, she heard that a leadership for the deaf school was urgently needed in Gamgadhi. Since the pay is bad, nobody applies for the post. Hansa, on the other hand, accepts the challenge while she is still at school. The conditions are more than poor, there are no corners and ends. The hostel isn’t even equipped with the essentials. With a double burden of her own Abitur and management of the deaf school, Hansa’s project starts, which quickly becomes her heart’s task.

“I’m actually the mother of 24 children, a sign language teacher, cook, cleaning lady, caretaker, security guard and much more,” says Hansa when she thinks about her job. She is there for the children day and night and doesn’t want to do any other job.

BACK TO LIFE GETS ACTIVE | When we met Hansa in 2010, it was clear that the children needed help, but so did they. This is how our versatile support begins: Hansa’s outdated and sore-scratching prosthesis urgently needs to be replaced, Back to Life flies her out during the school holidays and has her both treated and a new prosthesis made. Hansa can then walk painlessly and move much better. The children are also helped. “Back to Life has always thought and acted in a result-oriented manner. Now the children live in a clean environment and we are equipped with a lot of furnishings in the house and the kitchen. Everyone sleeps in decent beds, we have a decent toilet and the most important everyday items for everyone. The children’s situation has improved significantly. We don’t feel left alone anymore. “

YOUR MESSAGE: BE HAPPY AND POSITIVE | To date, 10 children have graduated from school – a huge success! Hansa is now almost 30 years old and married to a Nepalese journalist, but rarely sees her husband because she lives with “her” children. What she has to say to the world: “There is no reason to be ashamed of your disability. Nobody in this world is perfect. So, be happy and positive! ” We can only agree with that and admire Hansa for her courage, her heart and her positive perseverance. For the next 10 years. 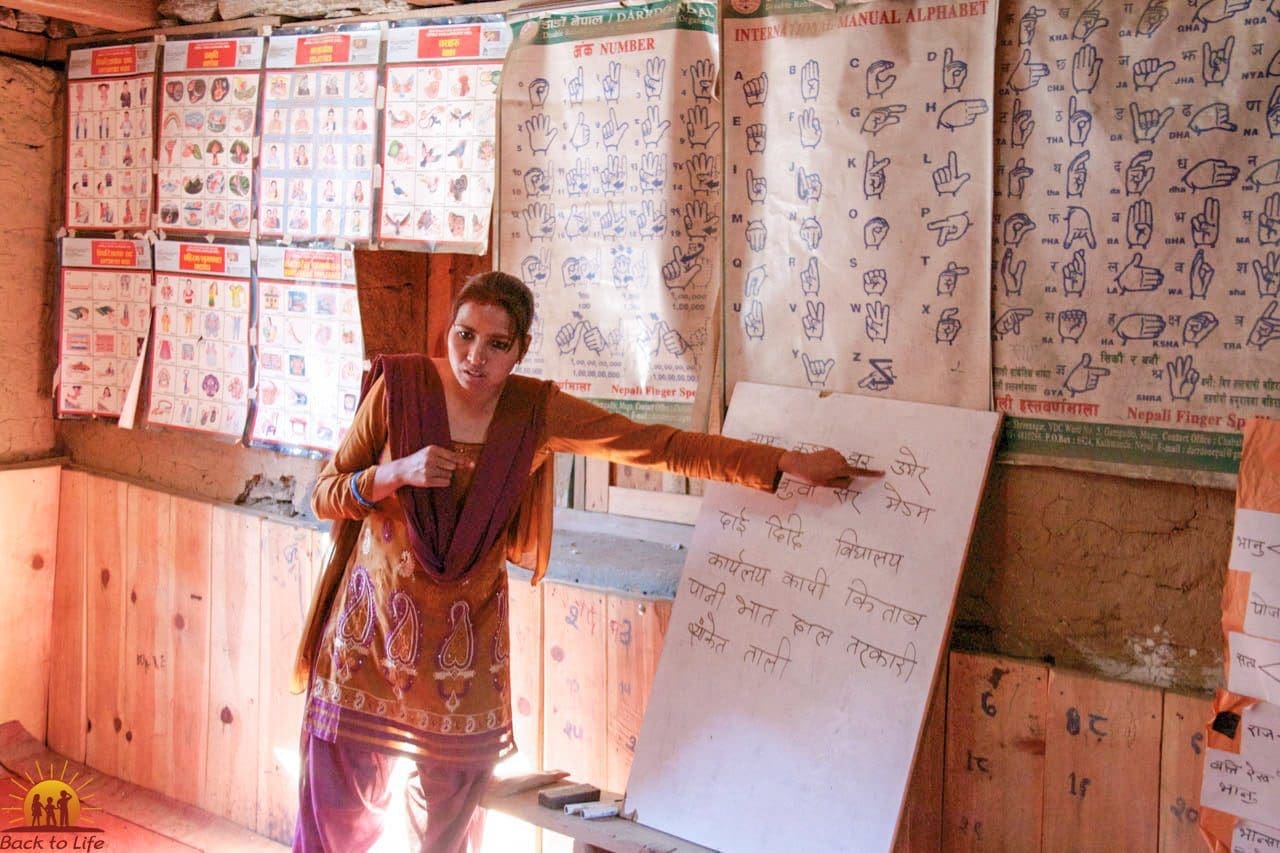 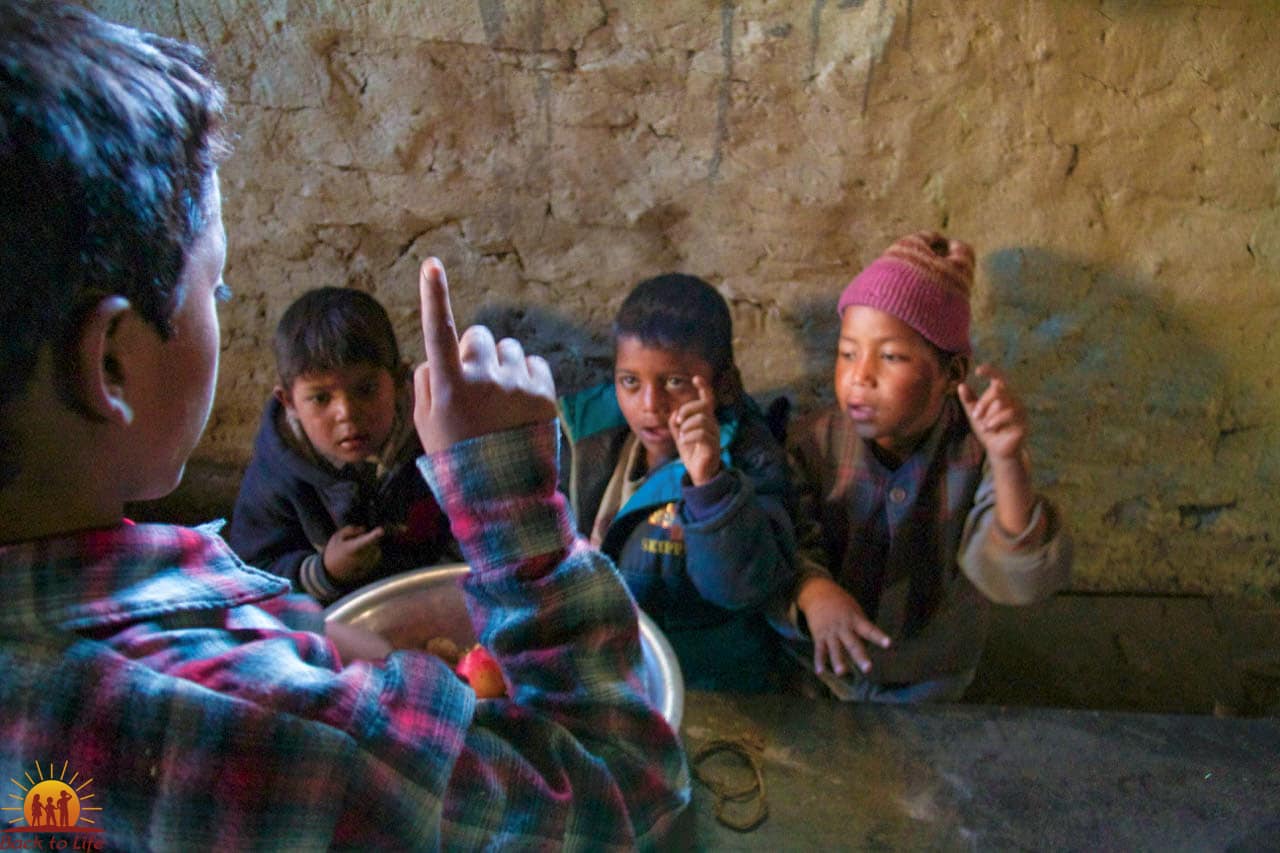 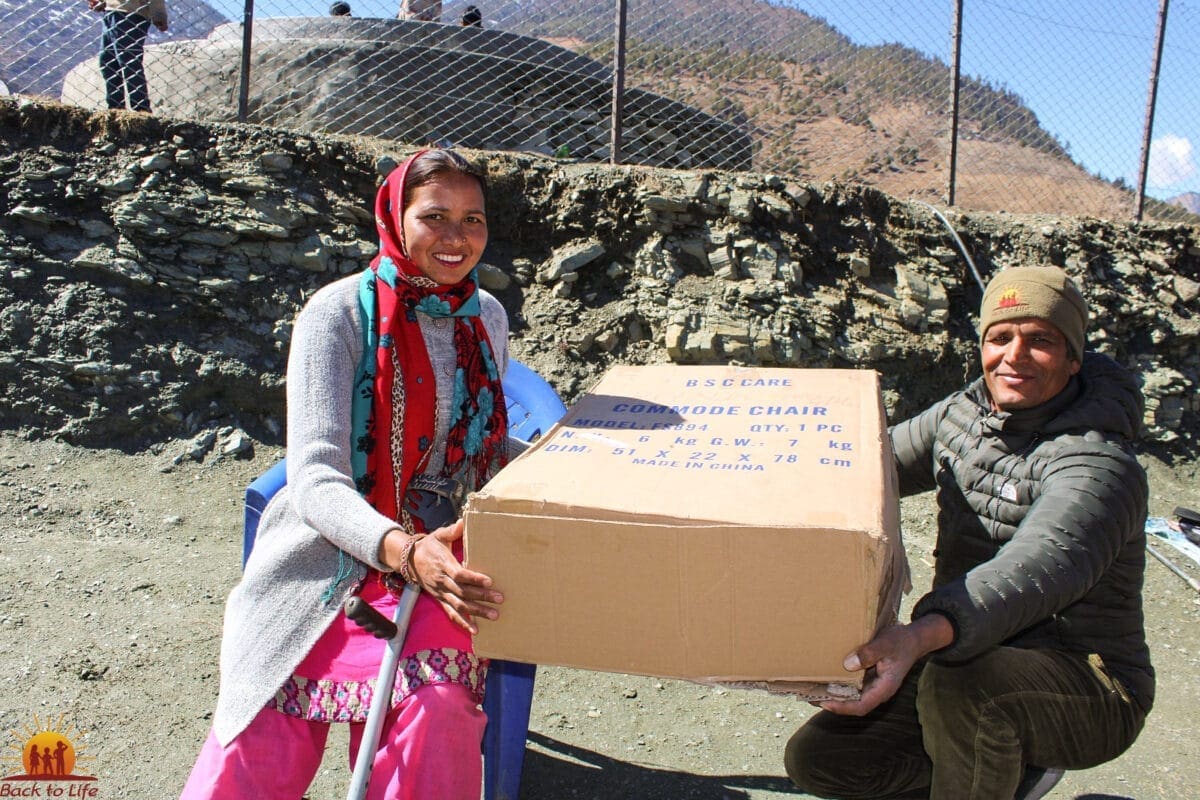